FRICKINGEN - It’s 6.20 metres high, weighs 40 tonnes and has a pressing power of 1,200 kilonewton (kN): the fully automated VK 12018 R channel baling press from HSM in Frickingen for pressing paper, cardboard and cardboard boxes has been in use by the disposal company SITA in Hochheim for around three months.

There are fewer bales thanks to the enormous pressing pressure and the large bale format. This allows SITA to utilise the warehouse in the best way possible, speed up logistics processes and reduce energy consumption at the same time.

Mountains of paper and cardboard pile up at SITA’s site in Hochheim. Dozens of trucks arrive and unload their freight every day. Every year, this amounts to around 30,000 tonnes of paper, cardboard and cardboard boxes from households, printers, businesses and press wholesalers (unsold newspapers). Joachim Häffner uses the term “household collections”. Häffner is the operations manager at SITA Rohstoffwirtschaft responsible for Hochheim, Mannheim, Karlsruhe, Fulda, Oelsnitz, Edenkoben, Nattheim and Trossingen. SITA’s Roh-stoffwirtschaft (feedstock industry) business unit is responsible for the professional preparation and marketing of recycled paper as a secondary raw material. In figures: the eight SITA sites sell approx. 550,000 tonnes of paper, cardboard and cardboard boxes every year.

The track is set for growth

In comparison with Karlsruhe, Trossingen and Fulda, the site in Hochheim is rather on the small side. But the tracks are set for growth. In the coming years, the quantities of paper and cardboard will increase considerably. But: the warehouse in Hochheim has limited space. How can it be optimised, or better utilised? The operation manager’s reply is simple: “We have to stack the paper bales in tall and stable stacks.” That explains why only an HSM press with a pressing power of 1,200 kN would do: “The tighter the balesare pressed, the more stable and therefore higher we can stack them.” Even in the open. High pressure makes the bales as strong as concrete blocks, and even sustained rain cannot harm them. And the highly condensed bales meet the needs of customers such as producers of sanitary paper. “We are the prime supplier for paper mills”, says Joachim Häffner. SITA also puts pressure on speed. The work done by three presses in the past will now be done by two. SITA obtained quotes from seven suppliers. The winner was the fully automatic channel baling press by HSM in Frickingen on Lake Constance. HSM specialises in disposal technologies. Among the deciding factors were the convincing technologies, such as the frequency-controlled drive developed by HSM. It reduces the power consumption of the channel bale press by up to 40 percent when compared to traditional drive systems. “Sustainability is important to us”, says operations manager Joachim Häffner. SITA regularly submits to an eco audit.

The after-sales service and flexibility of the Frickingen-based company were just as important to Joachim Häffner. And HSM was able to demonstrate these when developing the new system. When designing the way that paper is fed to the press, SITA “followed wholly new paths”, says Joachim Häffner. Instead of the one-metre deep channel usually used to feed the “paper mountains” to the press, SITA has chosen a “low-floor feed”. The belt onto which the wheeled loader pushes paper and cardboard is almost even with the ground. It is only the height of a kerb below the ground. This increases safety, as SITA employees are not in danger of falling into the channel and injuring themselves.

HSM also demonstrated flexibility when it came to setting up the channel baling press. The roof of the hall is 6.23 metres high, only three centimetres higher than the system. But Joachim Häffner wanted to install the press here “in order to utilise the hall fully”. There was only one thing that HSM could not do. The channel baling press was supposed to begin operations on Monday, June 13th. One day later, the time had come. The reason: both parties were so excited they forgot that the 13th was Whit Monday, and therefore a bank holiday.

SITA Deutschland GmbH is one of the largest disposal companies in Germany, providing a service to around 10 million people and 60,000 customers from industry, commerce and trade. The disposal company operates around 100 sites in Germany and employs more than 3,000 people. Turnover in 2010 was 501.9 million euros. The company is part of the SUEZ ENVIRONNEMENT GROUP, one of the largest providers of waste disposal and water supplies in the world. The SITA site in Hochheim am Main is part of the SITA feedstock economy section, which every year prepares around 280,000 tonnes of paper, cardboard and cardboard boxes in six of their own systems and sells a total of 550,000 tonnes of paper, cardboard and cardboard boxes.

Every year, around 30,000 tonnes of paper, cardboard and cardboard boxes from households, printers, businesses and press wholesalers (unsold newspapers) accumulate on the SITA premises in Hochheim. These quantities are set to increase considerably in the near future. The current daily output of 160 bales will almost double to around 300 bales. That is why only a large solution would do for SITA. Highly compressed bales can be stacked to a greater height, which increases the capacity of the warehouse.

The SITA warehouse in Hochheim has limited space. The more compressed the bales of paper and cardboard are, the more stable they are. They can therefore be stacked higher and safer. For the same reasons, paper mills insist on heavily compressed bales. And finally, the high compression pressure reduces the number of bales, which in turn reduces the cost to SITA for logistics and wire. The binding wire for each bale costs around 1.30 euros.

This article is published by HSM GmbH + Co. KG

HSM develops, produces and sells products and systems for compressing materials as well as for shredding paper and electronic data media. Hermann Schwelling Maschinenbau GmbH + Co. KG was founded in 1971 in Salem and started a year later with the sale of the first baling press for cardboard. Like many other successful companies in the world, the development ... 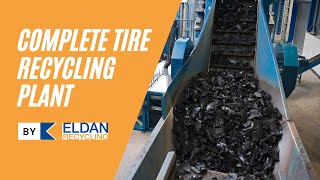