The disposal of the outer packaging and cardboard packaging is one of the tasks in the food retail trade, to which little attention is paid.

Even when potential savings are obvious, many companies have difficulties in tackling the issue. Because the tearing and pressing of the waste take place far away from the customer traffic, it is rather seen as annoying. Priority is given to the core business.

The Hieber’s Frische Center in Grenzach also felt the effects of this. Around 230 tons of cardboard packaging is produced in the store each year. Up to now, the employees have disposed of the packaging in an ordinary press container. “That was an absolute time-eater and physically demanding for the employees”, reported store manager Roland Hönicke. “Coupled with the high costs of traveling to and from the press container, it was very costly for us”. In addition, the filling volume of the press container could only be estimated by knocking.

The result was a collection of not completely filled containers. “This cost us a lot of extra money since the arrival and departure was not profitable for the disposal company,” Hönicke recalled. So the Hieber’s Frische Center lost money and time unnecessarily.

At the same time, more modern and more efficient disposal solutions have long been available. “When developing our baler, we have oriented ourselves very specifically to the needs of retailers”, says Günter Komesker, managing director of Strautmann Umwelttechnik. And that is above all the relief of personnel and personnel capacities. Because the AutoLoadBaler no longer needs to be filled manually. It is an expert in warehouse logistics, ensures order and cleanliness and saves the employees in the food retail trade stress and back pain.

Automation can save 100 working hours per tonne of cardboard packaging per year and 400 moments of stress per day. This is proven by a study that Strautmann Umwelttechnik carried out in cooperation with the University of Applied Sciences in Osnabrück.

Roland Hönicke has convinced himself of this. For four weeks he tested the AutoLoadBaler like a new employee in his store and then asked his colleagues for their opinion. 75 percent of them said that they no longer wanted to work without the ALB. “For us, this was a clear result. In the end, the employees are the ones who have to cope with the system. And the survey clearly showed that the AutoLoadBaler makes work easier for our market,” explained Hönicke. Now the ALB in Grenzach is permanently in use. “We had drama to the power of ten and are now all happy to have the AutoLoadBaler.”

Now the ALB wants to apply to other retailers as an active supporter in waste disposal logistics. To this end, the ALB will have numerous job interviews at EuroShop 2020 from 16 to 20 February in Düsseldorf. He will not only let his references speak for himself but will also have his own voice – as a chatbot. “We are looking forward to a completely new trade fair experience with our innovation expert ALB”, says Jörg Becker, sales manager at Strautmann Umwelttechnik.

“We Work According To The Specialist Principle”

Strautmann Baler at the Recycling Center 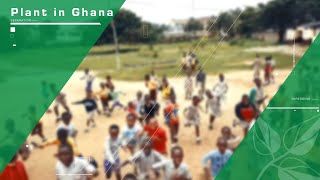 Matthiessen has been developing and producing excellent machines for the processing of recyclable materials as well as for storage technology for more than 30 years. More info >