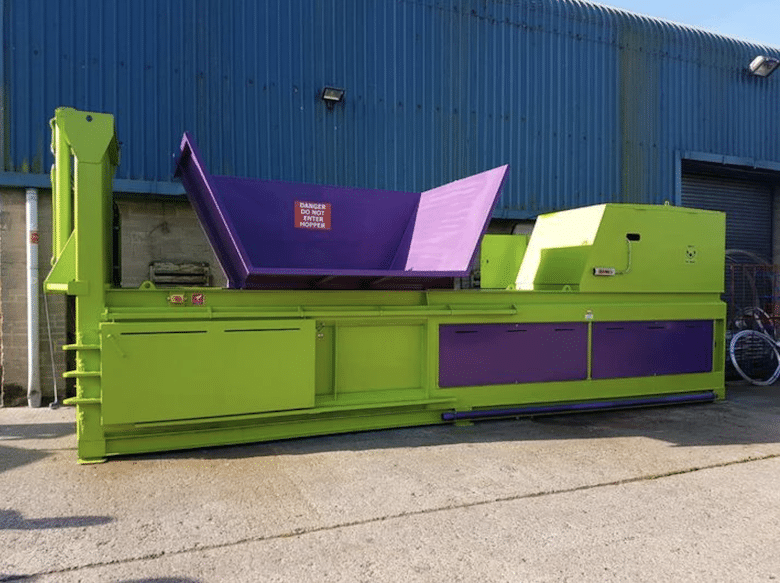 Numatic International Ltd. Invest in a new paper baler, meet Barry the Baler*, a recent new addition not like Henry the Hoover but maybe just as clever!

Barry the Baler (also known as a Compact & Bale CB65 Horizontal Baler) is a specialist baler for large volume producers of recyclable material.

Barry the Baler’s new home is in picturesque Somerset, where a significant volume of paper is being produced by the environmentally conscientious Numatic International.

Barry will process thousands of tonnes of material over the rest of his life and the baled material will be used to produce new packaging. His huge 65-tonne press force makes him the perfect paper baler, producing bales weighing in at 650–700kg. He likes to be fed quickly and efficiently by drop bins with an underside trap door (see video below).

Having previously worked for a number of years at a recycling company, Barry received a thorough examination at the Compact and Bale workshops in Tonbridge, Kent. After a full makeover, he was given the all-clear to start his new life in the countryside.

Everyone at Compact and Bale wishes him well and hope he will be very happy!