Innovations in weighing systems and scales for waste and recycling applications

The waste and recycling industry requires heavy duty weighing equipment and scales that are manufactured to survive long periods of service and harsh environments.

From truck scales and onboard weighing systems to indicators and controllers, manufacturers have developed several heavy-duty weighing products suited for waste handling and recycling applications.

This Technology Zone offers an insight into the latest innovations in weighing systems and scales for waste management or recycling industries.

Articles about Weighing Scales and Systems

One of North America’s largest paperboard packaging suppliers was already using SkidWeigh ED2’s and ED3’s in a number of manufacturing and recycling applications for several years with success.

The waste disposal industry relies on weight to quantify transacted material. As a company that transforms plentiful waste products into usable substances for a variety of industries, Clean-N-Green of Lindenhurst, NY, is part of the recycling revolution.

WEBB CITY – Cardinal Scale’s new model SB600 remote display features a high-visibility, full-color graphics display with double-row LEDs in large 6-inch/15.25-cm high characters that is ideal for use with truck scales, railroad scales, tank/hopper scales, livestock scales, and floor scales where weight needs to be viewed from a distance of up to 250 ft/76 m.

Not all material handling applications are the same. In fact some are downright harsh, dirty and abusive.

Many think of on-board check weighing scales as just scales that simply weigh product on the end of forks. However, many in manufacturing use SkidWeigh ED series products for so much more, as tools to drive efficiencies and boost productivity.

Onboard Crane Scales in Use in the Environmental Logistics

The logistics company Urbaser Oy uses in its trucks onboard crane scales by Tamtron. These scales, that are easy to fit and use, are nowadays necessary pieces of equipment as the invoicing of waste material is progressively changing from tracking the amount of lifts to weighing-based.

Experts for Weighing scales and systems

Ted Jurca (Integrated Visual Data Technology Inc.)Ted Zeljko Jurca has over 45 years of experience in all technical aspects of mobile onboard check weighing systems for material handling vehicles. Involved in development, manufacturing and applications of SkidWeigh systems used in all kinds of industries. Received number of worldwide Patents for mobile weighing & management information based on hydraulic pressure transducer operating concept.
Click here to ask a question about Weighing scales and systemsClick here to view more questions about Weighing scales and systems

Cardinal Scale’s ARMOR Portable Digital Truck Scales can be moved to multiple locations for changing job sites. Their modular design with expandable bulkheads allow you to vary platform sizes depending on weighing needs.

SkidWeigh ED2 Stands Up Against the Toughest Environments

The waste management business is always growing, as populations grow in both rural areas and cities alike.

MINNEAPOLIS, MN – The PT300DW Filling Scale provides a portable, cost-effective way to measure the total weight of any semi-trailer, or other types of trailers, while filling. The scale system gives the user the ability to maximize load weight and assist in tracking inventories of various items. 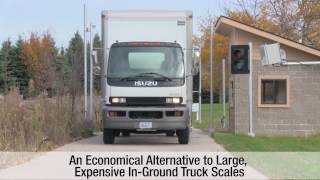 Presona have been designing, supplying and maintaining prepress technology balers for more than 70 years.

Baling presses for every application, every material and designed according to every individual demand – this is the core competency of HSM‘s environmental experts.