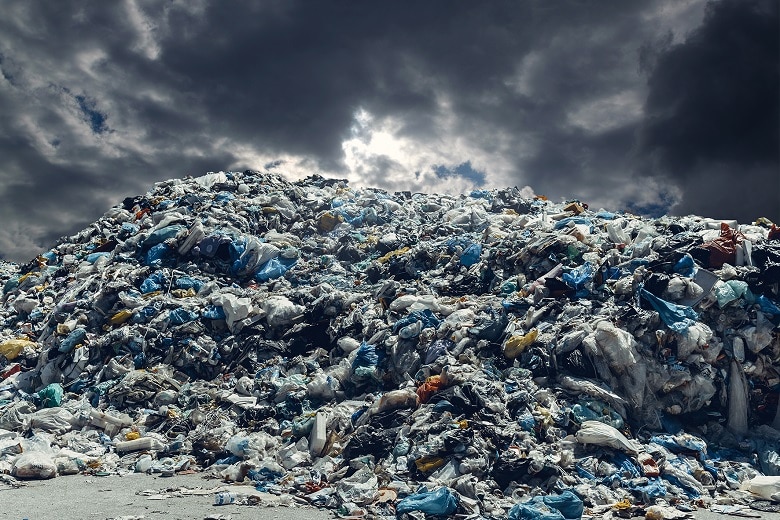 With the introduction of plastic import bans across South East Asia, the global export market has slowed hugely over the last 12 months.

Countries such as China, Thailand, Malaysia, and India have restricted plastic and other waste being imported, leaving exporting countries with a predicament. Not only have these bans led to the exporting marketing shrinking significantly, but it has also caused plastic waste build-ups in countries which would usually export materials, as they do not yet have the infrastructure to handle the waste.

However, new legislation being introduced by governments and policymakers could help revive the exporting market through recycled content laws.

The exporting situation caused by the Sword

Without the ability to export plastic waste, some countries are facing a domestic waste crisis with trash literally piling up outside treatment and recycling centers – some experts believe that over the last year, the Chinese National Sword has caused a “global crisis in plastic waste”. Although China still accepts some forms of scrap waste, the purity bar is set so high that the majority of exporters are seeing it is a widespread ban.

And it’s those exporters who are feeling the strain when it comes to handling plastic and other waste. For example, in Japan – one of the biggest exporters to China before the introduction of the National Sword – plastic waste is becoming an issue, as the country’s infrastructure and incinerators cannot handle the sheer volume of waste.

In the US, more and more companies are becoming reliant on sending waste to landfill due to the export bans. According to the most recent figures, 30 percent less plastic waste scrap was exported in the first six months of 2018, compared to the previous year, with the majority of lesser quality plastic going into landfill. EU countries are now also exporting less, dropping from over 3 million tons every 6 months, to just over 2 million.

The introduction of these bans was supposed to force governments and policymakers of exporting countries to improve and innovate recycling infrastructure, however in some circumstances, it has taken a step backward.

A new approach to exports

Alongside the exporting bans, global governments have taken steps to control waste exporting to ensure there is still scope for the market to exist. At the 14th meeting Conference of the Parties to the Basel Convention on May 2019, 186 countries agreed to place new restrictions to control plastic waste exports. The Basel Convention acts as the governing body for trading hazardous waste and regulates how it is disposed of.

An idea originally proposed by Norwegian representatives on September 2018, a new amendment to current laws will see mixed plastic waste being placed on the ‘amber list’ of waste materials, as well as adding the material to the list for ‘special consideration’ as part of the Annex II of the Convention.

Through this amendment, exporting countries will have to obtain the consent and permission of waste importing nations to ship waste to them. This, in turn, forces exporters to have a higher quality and purity of plastic waste, giving importers a resource of better quality and value. A Partnership on Plastic Waste was also established to bring together a range of stakeholders to assist with the implementation of these restrictions.

In effect, the latest amendment by the Basel Convention supports why many importing countries placed bans and restriction on waste to start with. By receiving a higher quality and purity of plastic, it can be efficiently recycled or reused, compared to low purity or contaminated plastics – yet this puts pressure again on the exporting nations to use plastic of a high enough level of recycled material to be reused.

There is one way that exporters can meet the standards set by the Basel Convention and importing countries. Through implementing recycled content laws, whereby the level of plastic waste would be of higher purity, the exporting market can meet the restrictions set by importers.

The aim of recycled content laws is to have a more circular approach to plastics, ensuring the material is at a good enough standard to be reused, rather than wasted, thus keeping the recycled content level high. By adopting this mandatory method to plastics, it allows for the continuing movement of plastic through markets and helps revive the dwindling exporting market – it won’t be a case of shipping scrap waste anymore, but a quality material that has value.

Alongside the ambitious recycling targets set by governments and policymakers, the step towards adopting recycled content laws is key for a sustainable, circular economy – and one which can rely on the exporting market.

Efforts are already being made on a global scale to introduce a higher level of recycled content with plastic waste. In Australia, compulsory laws around packaging will be introduced by 2025, where 100 percent of the material has to be reusable, compostable or recyclable – despite these efforts, the Australian government is being criticized for not moving quickly enough on this issue.

The EU has introduced legislation where there will be a minimum recycled content for PET bottles of 25 percent by 2025 and 30 percent by 2030. A coalition of 34 businesses, charities and trade associations have also called on Europe’s governing body to take more steps when it comes to introducing stricter recycled content laws. Elsewhere in Europe, Germany is set whilst France is also committed to eco-designing packaging, to make it reusable, recyclable or 100% compostable by 2025.

As for Germany, the new Germany Packaging Act (GPA) came into force on January 1st, 2019, replacing the Packaging Ordinance from 1998. According to the new law, producers and distributors now have to participate in a disposal and recycling system complying with regulations on taking back and recycling packaging. Aiming at reducing waste and promoting recycling, the law targets recycling quotas of up to 90% in 2022.

The ambitions by governing bodies to adhere to recycled content legislation is evident, however, efforts need to be focused on the implementation to ensure it is a success. Through efficient internal recycled content laws, exporting countries can once again look outwards to the global waste industry, as the plastic they no longer need will be of a high enough quality and purity to be accepted by the importing countries.

For a sustainable future, a new approach must be taken to handling and managing material waste. To meet the restrictions set by governments and policymakers around exporting waste, recycled content laws will enable a higher quality of plastic for importing countries and help us create a more circular economy.