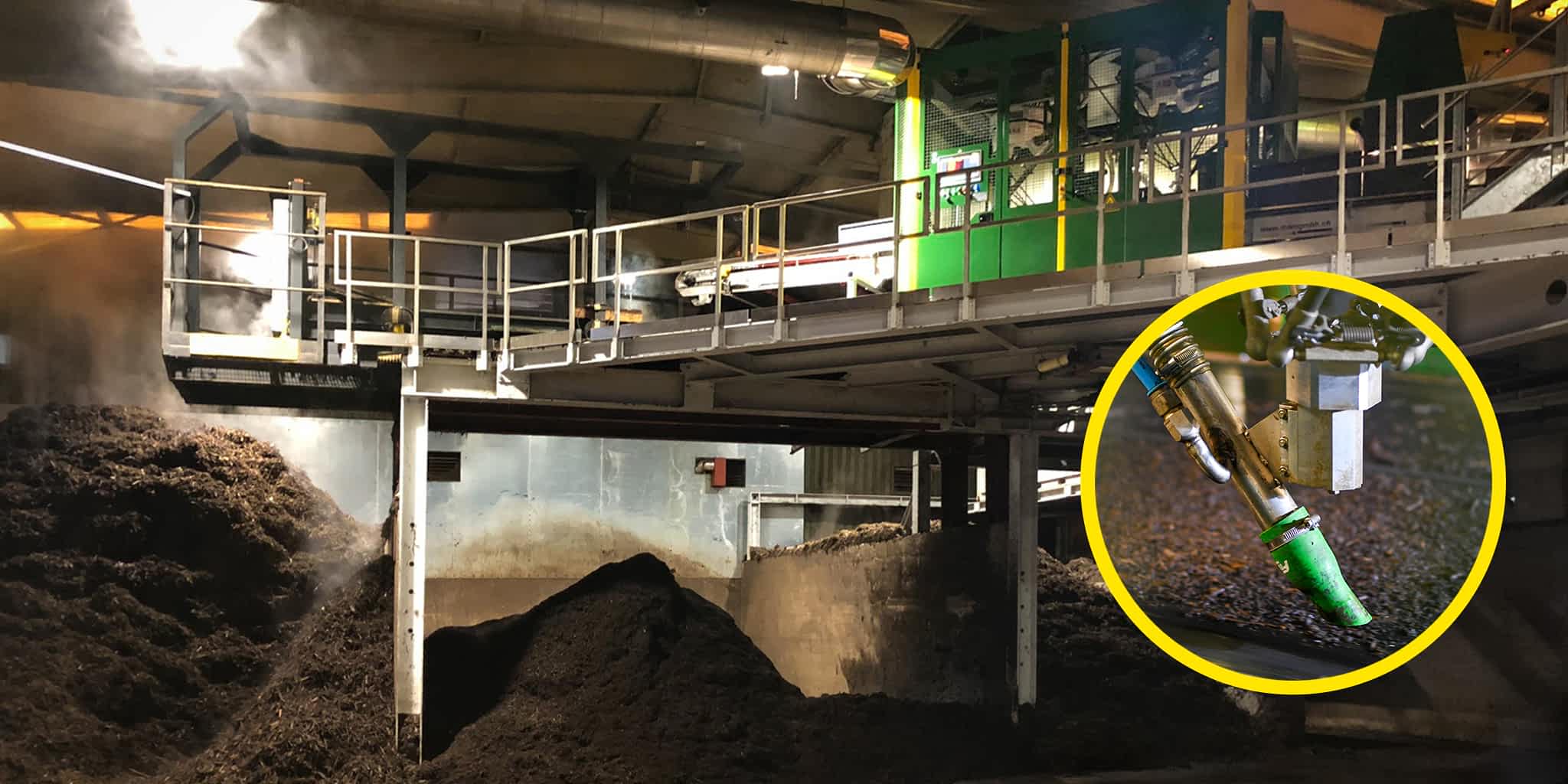 Wiedag AG, a partner to J. Grimm AG, gives new purpose to all garden and kitchen waste, turning it into wood chips, natural fertiliser, biogas or digestate. Before it is reused, sensor-based robots ensure that the product is of the right quality.

The Swiss family-run business processes 20,000 tonnes of biomass waste a year. The business was looking for new ways of meeting international legal requirements and also tighter quality standards for finished products. Since Wiedag was already using STEINERT machines, the STEINERT agent mwn GmbH was the first choice for finding a sorting solution for very moist, almost wet sortable material. The UniSort Unibot sorting robot proved to be the right technology.

The problem: material is too moist for sorting with compressed air

Three-quarters of the dry biomass, which varies according to the season, comes from the local authorities’ brown refuse bins as well as garden waste from local gardeners. After shredding and screening, the grain size is 60 to 80 mm. This material is then mixed with liquid food waste, heated, and fermented for ten days in a fermenter. While the gases produced are used in the company’s own combined heat and power unit to generate clean power, after resting the material is homogenized until fractions can be produced for sorting: some as a slurry for use as fertilizer and some as solid digestate in grain sizes of <25 mm and 25 to 60 mm wood chips. But even when extruded, these fractions are only 40% dry matter, making them too moist for standard sorting.

The sorting robot: more than just a new sorting principle

“Usually, for this kind of biomass waste, there is nothing you can do to remove impurities. You might get a few films out with a wind sifter, but you will only remove hard plastics if you take the timber out too. But then you are still left with glass and metal,” explains Emmanuel Hess, head of operations at Oetwil am See, Switzerland. Working with STEINERT, they have developed a robot-based sorting concept. First, the material has to be prepared by screening and isolation. Sorting is then carried out by a UniSort Unibot with two delta robots, which remove all impurities in a pick-and-place or pick-to-pick process. The two processes differ in terms of the sorting approach used. Alongside the pick-and-place sorting approach, which customers will be familiar with from post-consumer package sorting, new development is used, which works with pinpoint accuracy to aspirate the tiniest of impurities and thereby avoids over-sorting, which can arise in standard sorting methods due to particles sticking together. Its self-cleaning function also means that the new principle requires little maintenance and is designed for permanent use. Using sorting programs supported by artificial intelligence (AI), a sensor combination of near-infrared (NIR), color, and height sensors used in other UniSort EVO 5.0 sorting machines detects the foreign matter, facilitating a high degree of sorting reliability.

Since it was launched, the sorting technology has been producing a clean digestate in line with the requirements of the canton of Zurich. These are amongst the most stringent requirements anywhere in the world and official analyses are conducted several times a year to check that they are being met. Emmanuel Hess is convinced: “This is a promising project with many more to come.”