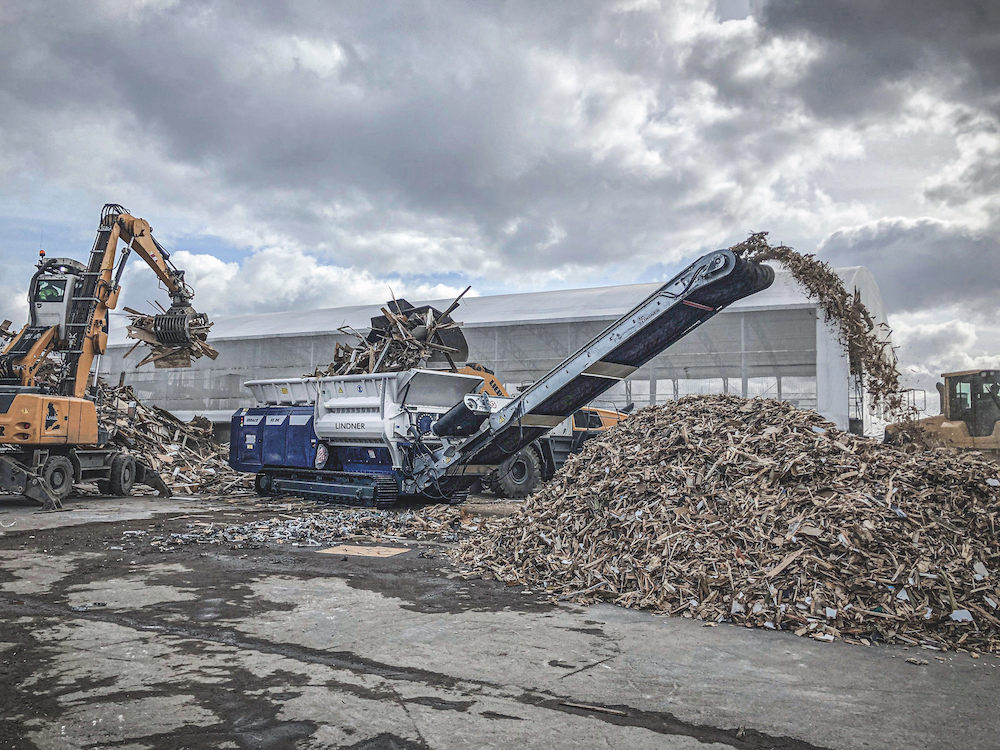 The largest waste management company in Scandinavia, RGS Nordic, has its sights set firmly on keeping the environment clean for the future. And it is managing almost a football team of shredders – all made by Lindner. There are good reasons why.

The word ‘Scandinavia’ alone conjures up images of incredible natural beauty. Untouched wilderness, endless forests. A whale emerging from crystal-clear waters, its fins shimmering in the magical glow of the northern lights – but that is enough romance for now. The Nordic countries are pioneers when it comes to environmental protection, and that entails a lot of work. A great deal of work when the goal is to pass on to future generations a clean world where natural resources are still available and waste is transformed back into valuable new materials, as is the case for the region’s largest waste management company, RGS Nordic, based in Denmark.

The company recovers more than 4.8 million tonnes of waste and soil annually at over 28 sites in Denmark and Sweden, and also operates the largest commercial wastewater treatment plant of the northern region in the coastal town of Stigsnæs. This enormous amount of solid waste is a colourful mix of municipal, industrial and mixed construction waste, bulky waste, green cuttings and waste wood, which must be processed for subsequent recycling or energy recovery. To manage the different materials efficiently and flexibly, the company in the far north relies on solid but versatile shredders from Austria’s south since 2015. As many as 10 Lindner Urracos, six of the 95 DK type and four compact Urraco 75D ones, one of which has a purely electric drive, do their job under tough conditions.

If you ask Jan Glerup, Managing Director at RGS Nordic, why they have almost a complete football team of mobile shredders in operation, the answer is clear: ‘We looked at several machines from different manufacturers. But there are two things that made us choose the Urracos. Firstly, we process a lot of different materials in large quantities. Everything from green cuttings to mattresses to mixed construction waste, which can be very diverse itself. What we need are machines that can be used flexibly without major retooling. Machines that can handle even tough materials without any issues and deal with occasional non- shreddables without any major damage. That’s also incredibly helpful during peak times. When times get tough, we can simply reassign one of the Urracos and be ready for action at the push of a button. Secondly, our facilities need to operate at all times. We expect the machines to be robust, and the cleanly welded, solid twin-shaft system has proven to be just that. But it is at least equally important for us to have easy access to rapid service support and Lindner’s after-sales team and our regional contact, Komi Contractor Supply (KCS), have an impressive client-centred approach. We recently commissioned the nineth and tenth Lindner Urraco. I think that says it all.’