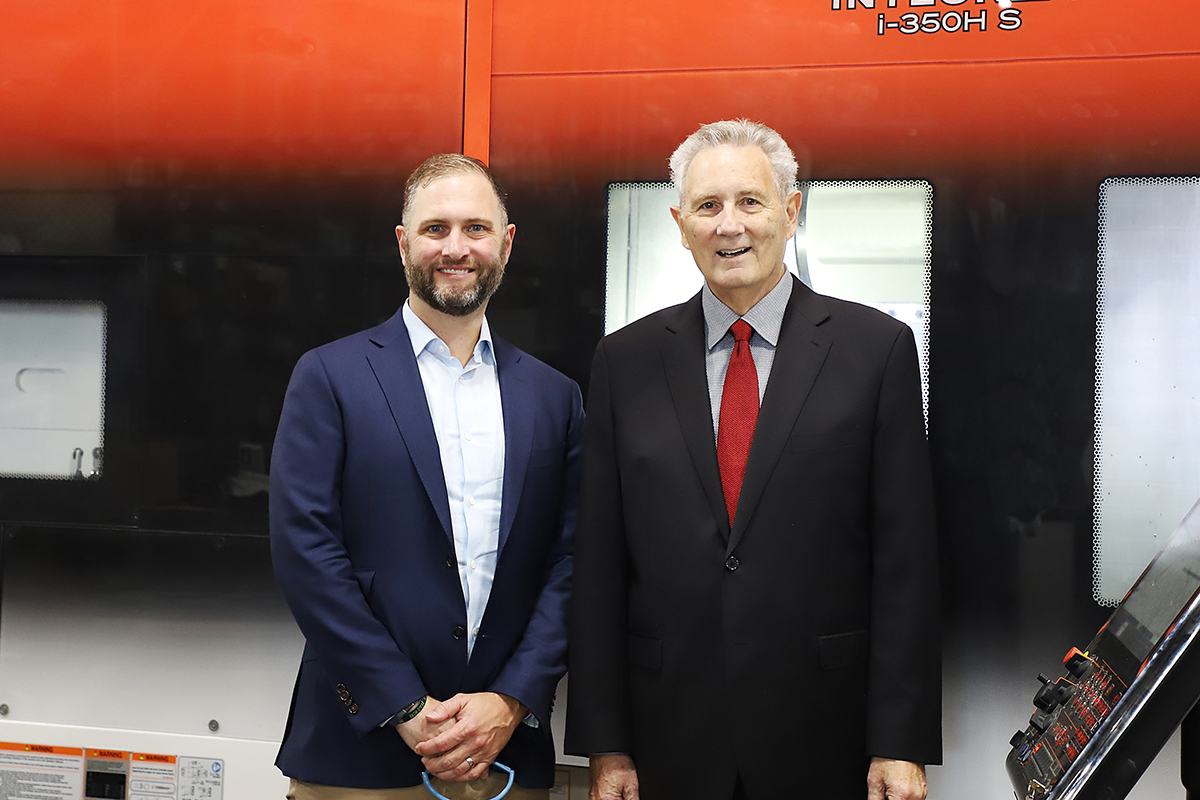 Robert Bunting follows in the footsteps of his grandfather and father with his appointment as Bunting’s President and Chief Executive Officer. On the 1st October 2022, Robert succeeded his father, Bob Bunting, in overseeing the continued growth of the global Bunting group. Bob Bunting assumes the position of Chairman.

Bunting® is one of the world’s leading designers and manufacturers of magnetic separators, metal detectors, materials handling, magnetic printing cylinders, magnets, magnet assemblies, and magnetising equipment. The company, headquartered in Newton, Kansas, has multiple locations including Bunting-Elk Grove Village; Bunting-DuBois; Bunting-Berkhamsted and Bunting-Redditch in the United Kingdom; and Ningbo, China.

In 2009, Robert moved into external sales covering the Illinois and Wisconsin areas and focusing on material handling, metal detection and magnetic separation. Under his management, sales in the territory grew by 25%.  This success led to Robert’s appointment as the Global Product Manager for Metal Detection in 2014, where his responsibilities ranged from product development through to sales growth.

After the successful development of the metal detector product range, Robert was appointed General Manager of Bunting Elk Grove Village in 2016, including the online retail website BuyMagnets.com. As General Manager, Robert oversaw magnet inventory management, the identification and introduction of new magnetic products such as the N-40 and N-52 grades of neodymium, and the development of digital marketing strategies for online sales, including the introduction of a new website.

“Bunting’s position as a successful, well-respected global business is due to the tireless work of my grandfather and father,” explained Robert. “Despite being located on different continents, the Bunting Group is one company and all our incredible employees are fundamental to our success. We have developed established strategic global partnerships with suppliers and customers, which I aim to support and expand. I am both excited and honoured to be entrusted with taking the company forward as president and CEO.”

Robert is well-respected in the North American business community having sat on the business intelligence committee for PMMI (The Association for Packaging and Processing) and is presently Marketing Director of the Process Equipment Manufacturers’ Association (PEMA). In his spare time, Robert competes in Ironman Triathlons.

The globally based Bunting Group is a world leader in the design and manufacture of magnetic separators, metal detectors, and specialist magnet and magnetic technology.  The Bunting Group has manufacturing operations in the USA and UK as well as sales offices across North America and Europe. Through constant product development, the Bunting Group ...