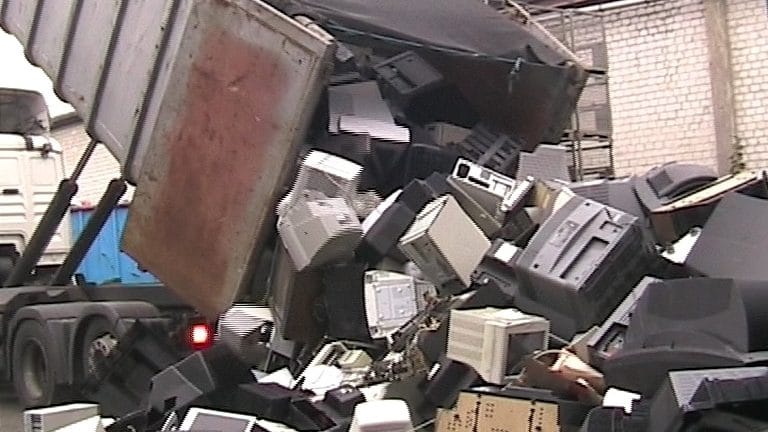 It is a well-known fact that waste electrical and electronic equipment (WEEE) often contains hazardous substances, posing a potential risk to both human health and the environment.

Within the treatment chain for WEEE the logistical operations play a crucial role and are substantially different from the logistics of new items. While new products are wrapped and packed in an item-specific manner to prevent them from any damage, WEEE is not transported in such manner.

Often any kind of weather protection, packaging and wrapping is missing. In fact WEEE is more or less treated as a bulk load. Transport and shipment in 40 feet containers is a common practice. Unloading these often means a tipping over of the containers and pitching the load on a hard surface from a height of one to two meters. In contrast to the legal requirements there often is no weather protection to be found.

The unloading process does mean a strong physical stress to the appliances and poses a risk of damage or a comprising demolition with the special risk of the release of hazardous substances such as mercury. This is true for any kind of WEEE but especially for monitors. Hence such treatment leads to occupational and environmental risk.

In order to access the effects of certain logistical treatment and hence to enhance the quality of the logistical operations the following approach has been followed. The quantification of the mechanical resilience can be described by the acceleration and the related G-forces. In order to measure these properly, several end of life appliances have been equipped with data loggers able to record the acceleration in all three axes. The data gathered have been used to access all physical stresses during collection, manual and machinery loading, transportation and unloading as well as tipping of the items. Of special concern within this approach was the ability of the measurement devices to record very high acceleration rates.

Within the experiments the length of transportation varied between approximately 100 and 300 km. This particular project has been the first one to access the physical strain towards WEEE covering the entire logistic chain and resulted in very high values of acceleration. The data gathered within the project are expected to contribute to the development of special transportation vessels for certain items, for example such as monitors, and further to enhance the logistical treatment of WEEE in order to foster occupational health and to prevent the environment from the release of hazardous substances from the collection of WEEE. 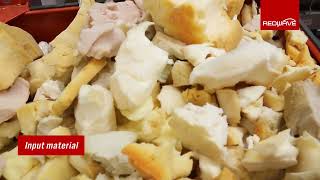