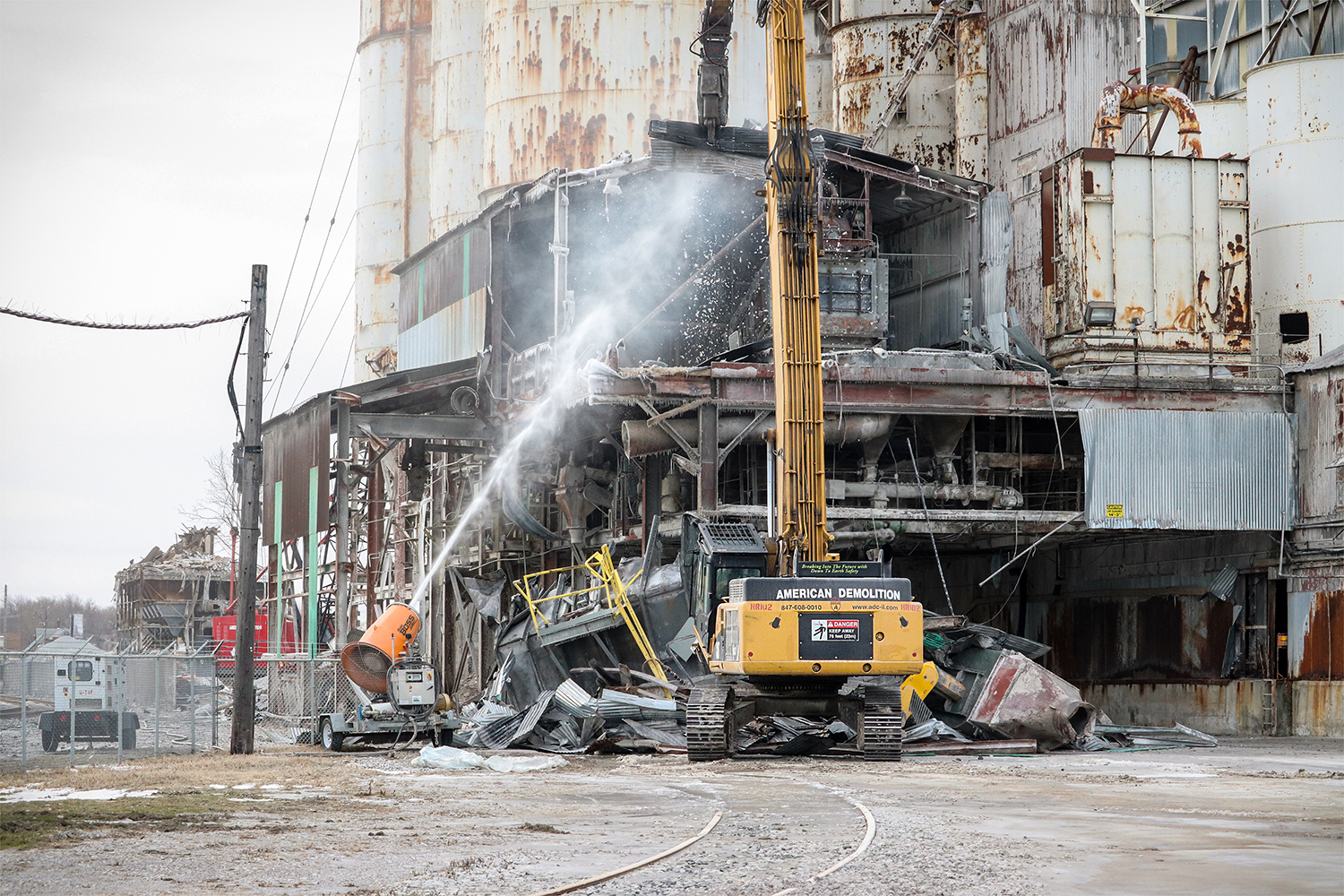 The next advancement in industrial dust suppression has been introduced by the leader in atomized mist technology, a powerful cannon that is designed to fight dust with maximum efficiency. Developed in response to the needs of customers in areas with variable winds, the DustBoss® DB-60 Surge® features water propelled at high velocity from a center nozzle, combined with the industry-proven fan and misting ring system.

With three remote-controlled stages and precision oscillation for optimum command over water volume and coverage area, the cannon uses high-powered jets that surge through the wind for over 250 feet (76.2 m) to suppress both surface and airborne dust.  The result is effective and versatile dust mitigation in challenging weather for outdoor operations ranging from demolition to bulk material processing and storage.

“Our customers operate in very different circumstances; some with high-reach excavators, some in open areas without natural barriers, while others are located in narrow corridors where wind velocity is amplified,” explained BossTek Dust Control Specialist Mike Lewis.  “What these customers have in common is the difficulty in controlling fine atomized mist during blustery conditions.  So we worked with our industry partners, listened to their feedback, and engineered our most versatile and innovative machine to date.”

Lewis recalled that one of the initial drivers behind the new design was a need in the demolition industry.  “Several customers described their challenges in suppressing dust during the demolition of high-rise structures,” he said.  “Some of them use attachments that can be mounted on a high-lift boom, but that can bring its own complications.  When we started working on a solution, we realized that this technology would also deliver benefits to a wide range of applications in which variable wind conditions can be a problem, such as port facilities, material processing operations and large outdoor storage facilities.”

The DB-60 Surge combines the power of an industrial fan, misting ring and heavy-duty barrel with the reach and force of a central high-pressure spray nozzle.  The pressurized spray resists wind shear and even uses the force of the wind to further fragment and carry the droplets, enhancing its dust suppression capabilities.  This is achieved without the need for the high water output associated with a hydrant-dependent hose or industrial sprinkler system.

In high-wind situations, dust is lifted into the atmosphere and carried beyond the site line over long distances, which can lead to permit violations.  Operators of bulk storage mounds, demolition sites, ports, recycling material piles, etc. often mitigate particulate emissions using a sprinkler or hose to saturate a material’s surface.  The higher the wind, the more water pressure is required to break through the shear, resulting in greater amounts of water filling the surrounding work area — often 300 GPM (1135 lpm) or more.

There are several issues associated with the use of hoses and industrial sprinklers.  Hoses typically require manual labor, removing workers from other critical tasks.  Moreover, both sprinklers and hand-held hoses contribute to high water bills.  Taking compliance and expenses into consideration, the long-term cost of operation for sprinklers and hoses is higher than it might appear.

The DB-60 Surge addresses wind, labor and water usage issues.  While striving to stay compliant with dust regulations, operators can now better match the water requirements to the specific application.  Fed by a standard 1-½ in. (38 mm) hose with a cam-and-groove quick disconnect coupling, the powerful booster pump delivers as much as 500 PSI (27.5 BAR) of water pressure to the center nozzle, with an output of 37-100 GPM (140-378 lpm).

Controlled by a 3-stage system adjusted by a hand-held remote, the first stage is highly effective on moderate days for airborne and surface coverage.  It uses the powerful 25 HP / 30,000 CFM (849.5 CMM) fan and misting ring to deliver millions of fine atomized mist droplets over a wide area, which collide with tiny dust particles and drag them to the ground.  For windy days, stage two features a pressurized stream delivered by the central nozzle.  On high wind days, operators can utilize the fan, misting ring and center nozzle for maximum coverage. [Fig.1]

The versatility and coverage area is extended with the customizable 359º horizontal oscillation range and 0º-50º vertical throw angle.  Using the hand-held remote, the operator can raise the spray angle to reach extended heights, directing the 250 foot (76 m) spray to areas such as high-reach demolition or across the beam of large bulk cargo ships.  The oscillation range is easily controlled with the left and right trigger of the remote control to customize the precise desired horizontal range.

Mounted on a heavy-duty roadworthy trailer for towing at highway speeds with a standard ball hitch, it can be placed by a pickup truck, skid steer or lift truck wherever dust suppression is needed.  As supplied, the DB-60 Surge can run potable or non-potable water, as it is equipped with two in-line 30 mesh, 595 micron filters to avoid clogging.  One filter is located at the water entry point to the booster pump, another prior to the pipe feeding the central nozzle.

After the initial setup, the DB-60 Surge requires no labor to operate.  The remote control has a 1000 foot (305 m) range, so operators using heavy machinery from high-reach excavators to front loaders can command the machine without leaving the cab.

Lewis mentioned that other options are already available, including tower mounting and a version of the company’s popular Fusion lineup, which pairs the Surge with a generator to alleviate the need for a nearby power source.  “DustBoss is known for its rugged quality and long equipment life, often described as one of the most reliable and low-maintenance pieces of equipment on any job site,” he added.  “Our 3-year or 3000-hour warranty is evidence of our confidence in the products.  The DB-60 Surge is designed with that same philosophy and is built to last.”

We think about dust and odor, a lot.

Some may say those are odd things to be so passionate about, but we wouldn’t have it any other way. We think about dust and odor more so you can think about it less. In their own small way, BossTek feel we are helping out – making jobs easier and lives better. And we feel good about the equipment ...

RecyclingInside is the leading global business resource and website for recycling technology and recycling innovations.