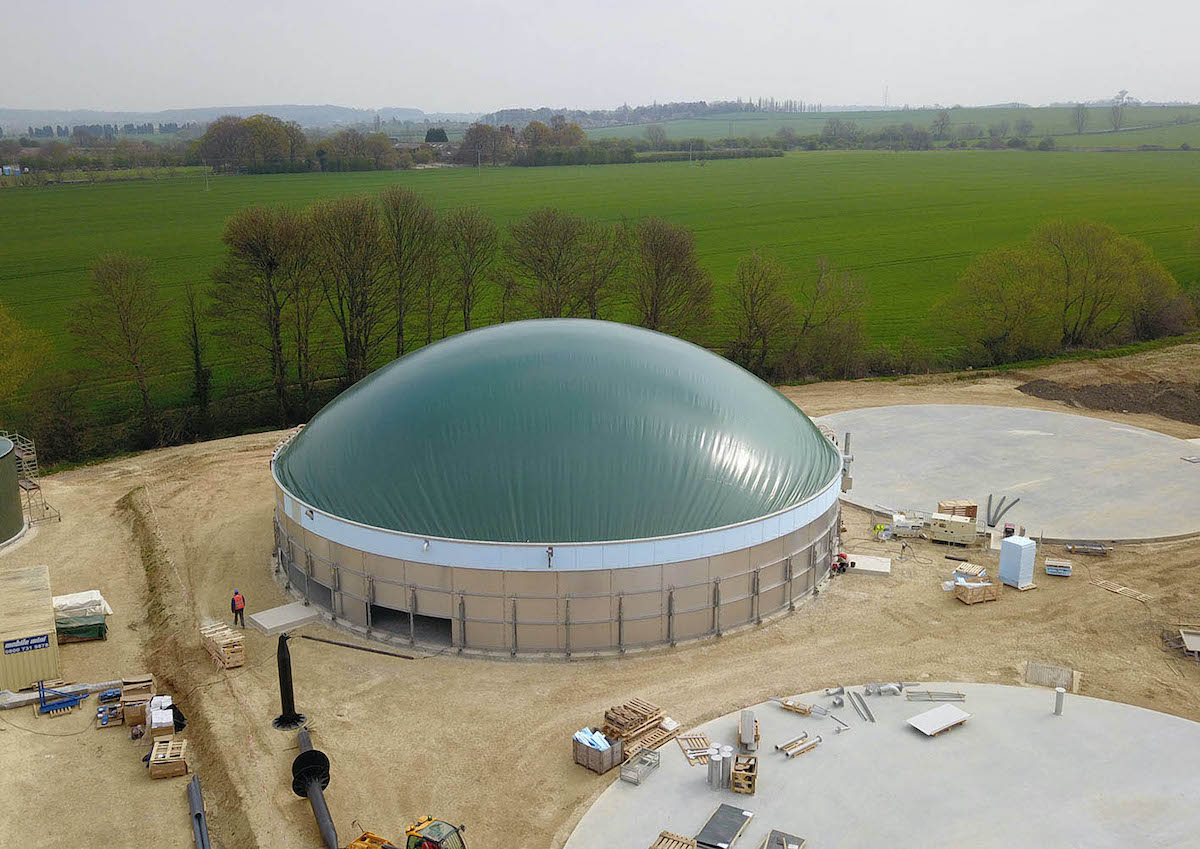 The plant is being set up in the province of Gyeonggi-do, some 60 km north of Seoul, and will transform biogas into heat in an integrated gas boiler. As early as spring 2021, the seven-megawatt plant is to go live and digest up to 93,000 tons of food waste a year, some of which will also come from local households.

Since President Moon Jae-in assumed office, the government has been making concerted efforts to achieve autonomy in the power and heat sector and to significantly increase the share of renewable energies. Recently a Green New Deal was announced in order to deliver net-zero carbon emission by 2050. South Korea will be the first country in East Asia to set a timeframe to end its contribution to climate change. First efforts were already made in 2017 with the „Renewable Energies 2030 Implementation Plan“, where biogas was given a key role. Nevertheless, the biogas market has not yet developed as desired. This is due to the immature technologies of some providers, which merely deliver an inefficient process for the digestion of biomass to biogas. This is now to change.

In view of these experiences, it was only sensible that this waste-to-energy project was awarded to WELTEC BIOPOWER. Around the globe, the German biogas specialist is renowned for its technologically mature plants and has received multiple international prizes in recognition of its waste processing plants. Moreover, WELTEC had already planned and built two biogas plants in South Korea based on the digestion of organic waste in 2012 and 2016. Both plants are custom-tailored to the framework conditions and boast a high level of plant availability and profitability.

The experience that WELTEC has gained in the waste industry is especially valuable for the modern plan in Gyeonggi-do. Every day, the two bioreactors are filled with more than 250 t of food leftovers. „For this purpose, we customized the two duplex steel digesters of the newest generation with a capacity of 6,200 and 2,700 m³, respectively, to the conditions on-site“, says Vladimir Bogatov, the responsible sales manager for Asia. For example, a special format will be used for these digesters: „Due to the space limitations on-site and local requirements, the tanks are very slim and have a height of 8.80 m“, says Bogatov.

In addition, the other components are custom-tailored. For instance, the raw materials will arrive in processed form and will be fed into the plant as a ready-to-use liquid mix. Bogatov explains: „To ensure efficient pre-treatment, we will equip the upstream storage units with special mixing and pump technology.“ In gas boilers with a thermal output of seven megawatts, the carbon-neutral biogas will be transformed into heat. Vladimir Bogatov continues: „Our custom-developed SPS-based LoMOS control system will make sure that the substrates are automatically pumped from the pre-storage unit into the digesters, thereby ensuring uninterrupted heat supply.“ The sustainable cycle finishes with the processing of the digestate in a clarification stage. The solid matters generated in this process are used for composting.

The project stands out with its efficient transformation of the versatile biogas into heat. In South Korea, the law supports the use of green and sustainable heat. Therefore, the climate-friendly energy source from technically mature biogas plants is set to unleash its potential.

WELTEC BIOPOWER GmbH is one of the world's leading enterprises in the field of stainless-steel biogas plant construction. The company has planned, developed and built anaerobic digestion plants since 2001. Today, the medium-sized company has about 80 employees at the headquarters in Vechta, Germany, and has established more than 300 energy plants in ...