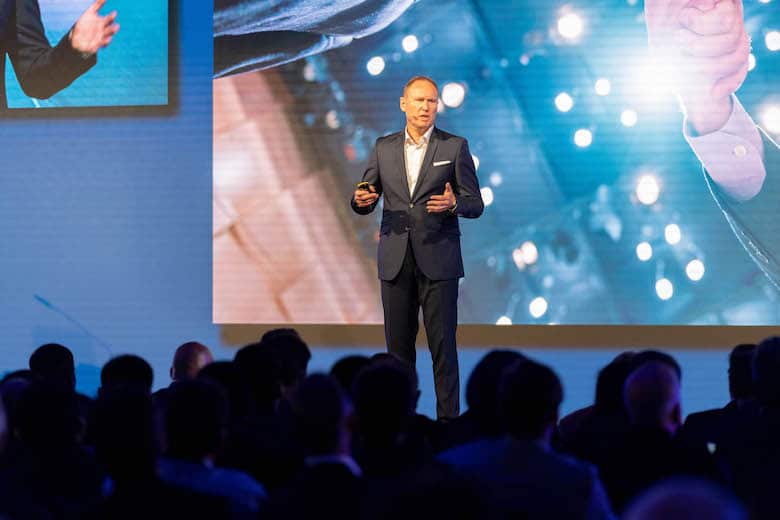 Governed by the motto “Creating tomorrow together,” over 800 decision-makers and partners of the global food and mobility industries are meeting from today to attend the second Bühler Networking Days in Uzwil.

The focus of the two-day event is on the question of how it will be possible in 2050 to feed a global population of almost ten billion people sustainably and healthily and how to ensure their mobility. “Climate change and the demands of our growing population are huge challenges. At the same time, we live in the best world in history. And never have we had such powerful technologies at our disposal,” says Stefan Scheiber, CEO of Bühler Group. He adds that the crucial point is that industry, research, and politics must use these new and sustainable technologies to cope with these challenges and that these various players must work together toward this goal. “Our aim is to reduce energy requirements, water consumption, and waste by 50% in our customers’ value chains,” says Scheiber. Another important point for him is a change of perception: “Industry must become part of the solution.”

Three years after the first Bühler Networking Days, Uzwil will once again be at the center of the global food and mobility industries for two days. The companies represented nourish around four billion people every day and help fulfill their mobility needs. “The fact that so many manufacturers, scientists, industry partners, and start-ups are coming together here today shows that the industrial community is prepared to bear its responsibility and to become part of the solution,” says Stefan Scheiber, CEO of Bühler Group. Bühler has invited distinguished speakers to the Networking Days, including Gro Harlem Brundtland, the former Norwegian prime minister and a decades-long important voice on climate change; Stefan Palzer, Chief Technology Officer of Nestlé; Patrick Dupin, CEO of Saint Gobain Northern Europe, Francois Pienaar, who led South Africa to victory in the 1995 Rugby World Cup; Sunny Verghese, co-founder and CEO of Olam International and chair of the World Business Council For Sustainable Development, and John Harthorne, the founder of the start-up accelerator MassChallenge.

An enormous need for action exists to build sustainable value chains in food and feed production and mobility. “Since our first Networking Days, the challenge has increased. It is urgent now,” says Ian Roberts, Chief Technology Officer of Bühler. Just a few figures demonstrate this: Whereas three years ago it was assumed that the global population would rise to about 9 billion by 2050, it is now growing much faster. Now we expect almost 10 billion.

At the same time, global warming is increasing. The chances are dwindling that it can be limited to below 1.5 degrees centigrade. Agriculture accounts for 25 percent of all greenhouse gas emissions and 71 percent of all fresh-water consumption. Food production accounts for 30 percent of global energy consumption, with 30 percent of all food being wasted or discarded. Despite this, 800 million people are still going hungry. Of eight million animal and plant species, roughly one million are in acute danger of extinction because of climate change and the destruction of their habitats.

The decision is being made now

“The coming ten years will decide what heritage we will pass on to the future generations,” says Roberts: “We must act now. We must collaborate within our entire ecosystem. And we must radically change our behavior as industries, as companies, and as individuals.” Bühler has therefore decided to increase its sustainability goals and to add water as a new aspect. Bühler’s next-generation process solutions are to become 50 percent more efficient. In other words, they are to use 50 percent less energy, consume 50 percent less water, and produce 50 percent less waste. “We have not changed our targets because we have achieved our original goal of 30 percent, but because we have concluded that they are simply not high enough,” says Roberts. In order to achieve these goals, Bühler is exploiting the possibilities of digitalization and partnering with customers, suppliers, and start-ups – to develop solutions meeting or even exceeding these goals. “We are focusing our research and development spending and our partnerships on these new 50-percent targets. And we are convinced that this will produce good business models,” says Roberts.

At the Networking Days, Bühler is presenting solutions that contribute to its sustainability targets even today:

People as the success factor

In order to allow even more such effective solutions to be applied on the broadest scale possible, a new level of collaboration, knowledge transfer, and training and continuing education is required. In addition to the Networking Days as an industry platform, Bühler has invested for decades in schools, training opportunities, dual education, and application centers.

The most recent example is its new CUBIC Innovation Campus, which opened in Uzwil in May 2019. The investment of over 50 million Swiss francs houses eight new application centers.

This brings the global knowledge network of Bühler up to a total of 29 application centers for joint development ventures with customers and start-ups, over 7800 vocational training courses, around 600 apprentices at 25 locations, and dozens of cooperation programs with universities.

“Now, in order to bring about the change toward sustainable food and mobility, we need all the talents there are and excellently educated people – regardless of their age, gender, nationality, religion, or position in the hierarchy,” says CEO Stefan Scheiber. He says that what counts in designing the transformation is not only expertise, but also passion, a readiness to accept responsibility, and communication and collaboration skills. That, he believes, is why diversity and openness, as well as a curious mind, are so important. “If we manage to make use of the knowledge of all of humankind, to utilize the full potential of technologies, and to really apply them in the global marketplace, we will have a chance of making a step toward the ecological turnaround. This requires values, passion, and collaboration,” concludes Stefan Scheiber.

This article is published by
Bühler

Every day, billions of people come into contact with Bühler technologies to cover their basic needs for foods and mobility. With our industrial process technologies and solutions, we contribute significantly to feeding the world’s population, setting the focus on food security and safety. The global production and processing of wheat, maize, rice, ... 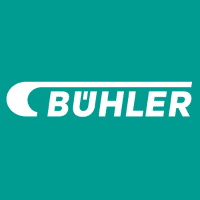