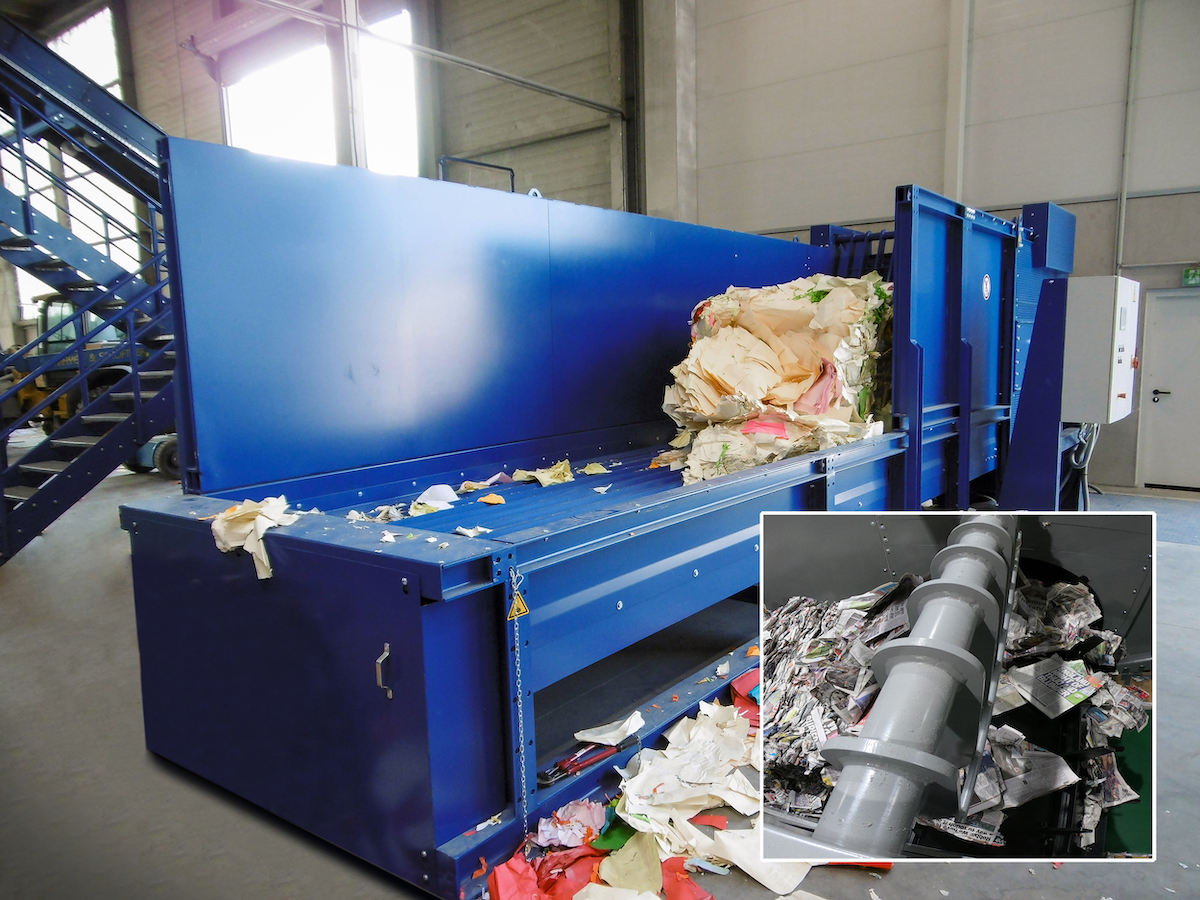 The situation for plastic waste on the world market has fundamentally changed over the last years. Many countries have new packaging laws which dictate significantly higher recycling rates. As an example, in Germany the mandatory recycling quota for plastic packaging is set to rise from currently 36% to 63% from 2022.

Plastics undergo increasingly extensive processes of sorting, cleaning, and granulation which means that the material frequently has to be transported or put in interim storage. Due to rising transport and storage costs, the material often gets pressed into bales. In order to unravel the pressed bales in subsequent treatment for an even and lose material stream, it is recommendable to use a Bale Breaker instead of shredding technology.

BRT HARTNER GmbH has a very special Bale Breaker in its product range. The BRT HARTNER BB consists of a bale-breaking unit and a bunker. The bale breaking unit is equipped with a slow-running drum and a down-holding device with pneumatic return springs. The pressed material is broken up and loosened by the comb of the down holder and by the drum.

The conveyor in the bunker, which moves the bales towards the bale breaking unit, is an extremely sturdy moving floor conveyor. Its smooth surface enables the bales to slip aside in front of the rotating drum to a certain extent to effectively avoid blockages.

The uniformity of the conveying movement also plays an important role in efficiently breaking up bales. The new DYNAM-Floor system makes it possible to set the bales in a steady, flowing motion. This has a very positive effect on the efficiency of the bale breaking and the continuity of the discharged material quantity.

The volume flow control of the Bale Breaker is another special feature of this machine. Sensors and a frequency converter adjust and control the volume flow of the discharged material.

Another unique characteristic of the Bale Breaker of BRT HARTNER GmbH is the special design of the hopper walls. These hopper walls are separate elements designed as removable plug-in walls with mounts. Thus, wall elements can later be added or removed on both longitudinal sides according to requirement. This enables feeding of the bales either from the rear side and/or one of the longitudinal sides. Another advantage are the low acquisition and operational costs of the machine. Its total power consumption is well under 25 kW which is even less than similar systems or shredders.

The Eggersmann Group, based in Marienfeld in East Westphalia is an association of companies at a national and international level with business operations in the areas of “construction”, recycling” and “composting”. About two thirds of the approx. 900 employees are located at the 13 German locations while one third are spread over the international ...

XXL Rotting Tunnels By Eggersmann For Composting Plant in Luxembourg

Composting of Farmyard Manure with the BACKHUS Compost Turner from Eggersmann