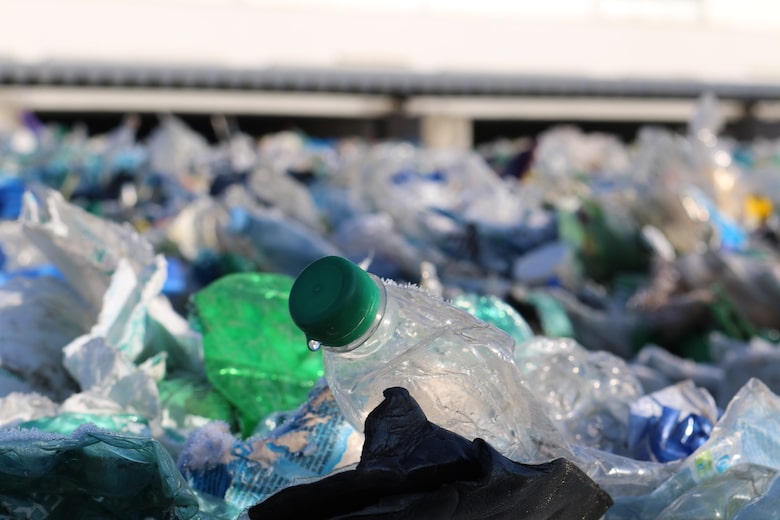 Over the course of the past 100 years, Nemetz Entsorgung und Transport AG has developed from a small transport company using horse-drawn carriages to an innovative waste disposal company. Its first sorting line was opened some 30 years ago in a 1,400-m2 hall in Leopoldsdorf.

Four years later, the second sorting line for the sorting of plastic foils was put into service. After a devastating fire in 1999, it took them only eight months to open the newly established and expanded sorting plant which was adapted for sorting the household fraction (yellow bag).

A treatment plant for commercial waste for substitute fuel production was also built at the second location in Himberg. The companies innovative spirit and pioneering role also shows in the fact that they were the first to purchase the new REDWAVE 2i sorting generation – the intelligent version of a conventional sorting machine.

Currently, Nemetz is converting its entire sorting plant for several reasons. On the one hand, capacity needs required this new investment, but also the sorting results of the processing plant proved to be worthy of improvement and needed to be brought up to the latest technology.

For the most part, the sorting was done manually. This sorting process was supposed to be optimized. In both sorting result quality and plant efficiency, the plant’s conversion and use of two REDWAVE sorting machines will result in a significant increase in the efficiency of the entire sorting plant and also improve the sorting depth.

The original processing plant consisted of a bag ripper, drum screen, air classifier, and a sorting machine. The old system was capable of sorting a maximum of two tons per hour and the material was then pressed into bales and sold. This entailed a high demand for personnel in the manual sorting cabins, which had to be optimized.

The conversion currently underway necessitated a renewal of the bag ripper, which had a positive effect on the processing of the feed material coming from the Viennese and Lower Austrian regions (yellow bag). The new plant allows for greatly improved and more consistent feed. This, in turn, increases throughput and improves sorting results.

The built-in drum screen was kept and continues to separate the material into three fractions: fine, medium and coarse material. The fine material (0-50 mm) is fed directly into a container, where it is then sent off for thermal utilization. Coarse material (> 250 mm), which consists almost exclusively of films, is conveyed into a separate system area and manually re-sorted.

The medium fraction (50-250 mm) is processed further and passes through a ferrous metal separator to the air classifier, where the material is freed from foils and light materials. After that, it is conveyed to the first 3-way sorting machine (REDWAVE NIR 2000). There, PET and HDPE are positively ejected by means of pressurized air in the first step and TETRA in a second step. The TETRA sorting process is thus complete and this material remains in a box. The flow of the remaining plastic material stream is scanned by the non-ferrous metal separator underneath to obtain non-ferrous fractions. In the subsequent sorting cabin, the recovered non-ferrous goes through quality control to produce pure, high-quality aluminum (e.g. used for beverage cans).

The PET and HDPE fraction then reaches the REDWAVE 2i – the new generation of sorting machines – and is processed via two channels into five pure plastic fractions by this 3-way sorting machine: HDPE, blue PET, green PET, transparent PET, and mixed PET. The sorted fractions reach the bunkers underneath via a final quality control in the sorting cabin. Later, this is then manually fed into the press loading conveyor, which then feeds the existing bale press.

The first intelligent new generation of REDWAVE 2i was installed at Nemetz in early March. This machine operates with the Sensor Fusion Technology which combines near-infrared, RGB and metal sensors for optimum sorting quality. When compared with conventional sorting machines, REDWAVE 2i provides essential advantages: The space-optimized and economical design of the machine enables simple and fast integration into the system according to the principle “Place – Connect – Start“, which saves installation time.

All components such as the electrical system, the entire wiring, and the control cabinet are integrated into the machine housing. In the future, Nemetz employees will benefit from the easy and convenient accessibility of the machine, which will make periodic cleaning and maintenance work much easier for them through the new design and additional functions.

The absolute highlight of this new type of sorting machine, however, is the intelligent interactivity between man and machine. REDWAVE 2i offers continuous real-time information on monitoring and optimized sorting process control.

REDWAVE - Sorting and digitisation solutions for the recycling industry As a leading manufacturer of its own sensor-based sorting machines, REDWAVE offers sorting solutions in robust industrial design that ensure the highest performance ...

Is your Sorting Plant Ready for a Reliable Digital Assistant?

One of Austria’s Most Modern Wastepaper Sorting Plants