If there is one part of the recycling process that is not only complicated, but also hard, it is the part of separating and sorting the recyclables. Effective recycling relies on effective and efficient sorting. Separating the different elements found in waste streams is crucial for enabling the recovery of useful materials, minimizing the amount of material sent to landfill and allowing recyclable materials to find a new purpose. There is a wide range of sorting and separating technologies on the market today. This Technology Zones offers an insight into the latest innovations in separation and sorting technology.

In November 2016 Eldan Recycling A/S successfully installed and started up an expansion of an Eldan tyre recycling plant at Italian customer GATIM. The original Eldan tyre recycling plant, supplied in 2001, will after the expansion produce high quality rubber granulate with 99.9% purity at more than 3.000 kg/production hour (referred to tyres input). The expansion involves an additional granulator and classifier as well as a tumble back feeder upstream the existing Rasper.

Global sensor-based solutions provider TOMRA has signed up as a member of the New Plastics Economy, a three-year initiative working towards a global plastics system guided by the principles of the circular economy.

HELSINKI – ZenRobotics Ltd. and Jiangsu LVHE Environmental Technology Co., Ltd. have agreed on cooperation on the first robotic construction and demolition waste recycling facility in China. The first units will be installed in summer 2017. The companies have also signed an exclusive partnership for the distribution of ZenRobotics Recycler, the first commercially available robotic waste sorting system, in China.

TOMRA Sorting is sharing its application expertise at Arabplast 2017

WEDEL – Global sensor-based waste sorting systems manufacturer TOMRA Sorting is very pleased to be attending Arabplast 2017, taking place at the Dubai World Trade Centre, United Arab Emirates, from 8 January to 10 January 2017. Arabplast is the region’s foremost trade show for the plastics, petrochemical and rubber industries, and TOMRA Sorting will be showcasing a range of top-selling sorting applications with a focus on upgrading plastics.

Indiana to be home to plastics recycling, fuel project

BALDWINSVILLE – GEP Fuel & Energy Indiana has announced plans to build a recycling center and a scrap-plastics-to-fuel facility in Camden, Indiana. A number of Indiana government officials joined GEP officials for the announcement.

LONDON– Waste plastic is an enormous challenge worldwide. Yet, as production continues to increase, just 5% of waste plastic is recycled effectively. Bühler is addressing this global challenge with a tailored PET recycling solution, capable of improving yields by more than 30%. A strategic partnership with US-based National Recovery Technologies (NRT) allows the company to offer plastics recyclers a complete solution for plastic bottle and flake sorting.

Luís Seguí (PICVISA MACHINE VISION SYSTEMS, S.L.)Born in Valencia, Spain but living in Barcelona since 1991, Seguí studied informatic engineering. After finishing his bachelor’s degree, Seguí started a new technological project alongside his father and brother. This family-project evolved during the years and is now our company: PICVISA. The company started as a project for quality control through artificial vision in industrial processes. In fact, PICVISA’s first client was a ceramic company who wanted to check which tiles weren’t good enough to sell. It was between 2004 and 2006 when the company entered its current sector: optical sorting for the recycling and waste management companies. In the company, Seguí has held different positions. He first started developing the software needed to start the PICVISA project but soon began to lead some of the most strategic clients and partners of the company. With the company entering the recycling sector, Seguí took the role of Technical Director. During these years, PICVISA grew exponentially in the national market being the only Spanish manufacturer of optical sorters and also starts selling internationally, mostly in the EU and in North and South America. In 2017, with the company modernization and restructuration, Seguí became PICVISA’s CEO, a title he still holds today.

Eric van Looy (Sense2Sort – Toratecnica)Being a technical engineer, Eric has spent more than 2 decades on the development of sensor based sorting technologies to advance recycling processes. Since 2006 he pursued automated spectroscopy technologies like XRF (at that time also together with Tom Jansen) and LIBS. Today, sorting has become possible to an unmet extend and with the second generation of Sense2Sort LIBS sorters, it has become possible to identify the elemental composition of each metal piece at high throughputs and up to 6 fractions with one machine. Sense2Sort-Toratecnica focuses on sustainable, reliable and responsible solutions for a max of eco-economical sorting sense. This also involves the design of advanced sorting plants and consultation work.

Jan Kjær (Eldan Recycling A/S)Jan is an experienced Product Area Manager with a long history of working within the mechanical and industrial engineering industry. Jan Kjær has also made a long career within International Sales, and Business-to-Business (B2B) since he graduated from the University of Southern Denmark. He has worked over 30 years for Eldan Recycling A/S, and has overseen the design, development and production of several of the company’s best-selling products, machinery and plants. Jan is customer oriented with a problem-solving attitude, and he will always try to work together with the customer to find a tailor-made solution that fits each unique project. He is a highly skilled Product Management professional, with strong inter-personal skills and knowhow of processing recycling material, as well as manufacturing profitable recycling plants with high-end technology.

Tom Jansen (TOMRA Sorting GmbH)After studying Chemical Engineering at the Technical University of Eindhoven, the Netherlands, Tom started working as Sales Engineer at Innov-X Systems. He initially focused on selling handheld XRF equipment in the Benelux, while gradually extending the geographical territory over the years. From 2007 he was heavily involved in the pioneering of automated XRF sensor technology, bringing this new technology to the metal scrap market worldwide. Tom joined TOMRA Sorting (then Titech GmbH) in 2011 as Sales Manager responsible for the Metal Recycling market in the Netherlands and Belgium. Since then, in his role as Segment Champion for the ELV shredder segment, he has also supported the metal recycling market in the Middle East region, Italy, Greece and projects in several other countries.

Erik Kuenen (Goudsmit Magnetics Group)My name is Erik Kuenen. I am the international Sales Manager for Goudsmit Magnetic Recycling Systems. With over twenty years of experience in the waste and recycling branch, I am your specialist for magnetic and non-ferrous systems. From Waalre, the Netherlands, Goudsmit designs and manufactures magnetic systems for metal separation and metal recovery. Having 60 years’ experience within the industry, we maintain very high-quality standards. As reprocessing several waste flows becomes more and more refined, environmental demands get higher and higher. To keep up with the demand, our company continues to develop new types of magnetic systems that exceed customers' high standards. We invite you to come and test your materials in our test centre in Waalre. This enables you to determine which magnetic system is best for your application. Please do not hesitate to contact me if you have any questions. By phone +31(0)612150238 or email: eku@goudsmit.eu. LinkedIn: https://www.linkedin.com/in/erikkuenen/.
Click here to ask a question about Separation and Sorting TechnologyClick here to view more questions about Separation and Sorting Technology

Based on previous experience, Ateliers Fouesnantais, Ecotri (AFE) asked Bollegraaf Recycling Solutions to further improve their new MRF With the upgrade of the existing system, also built by Bollegraaf, Ecotri is able to sort film from the waste stream at an early stage, so the waste volumes to be processed can be increased. Together with partners Tomra for the optical sorting and Lubo Systems B.V. for the screening technology, Bollegraaf was able to the deliver a state-of-the-art facility of 20 tonnes/hr. A reference for every management in the recycling industry!

THE MB-LS170 SCREENING BUCKET FOR THE EXPLOITATION OF SCRAP ALUMINIUM

The use of waste from industrial processes and their exploitation and re-use in the carrying out of new projects is nowadays a regular practice in many countries, above all with a view to the (necessary) creation of a model of sustainable development, founded on the reduction in the consumption of natural resources and the minimising of waste production.

Launched in a new format in spring this year, the X-TRACT, TOMRA´s X-Ray transmission system, has been awarded a «Special Mention», by the German Design Awards 2017 in the category «industry». According to the jury, the X-TRACT reflects the high performance and efficiency of the sorting system in its techno-functional design and its striking colouring.

Kiverco – Investing in Excellence pays off for Mick George Ltd.

DUNGANNON – Mick George started his business in 1976, in Ramsey, Cambridgeshire with one lorry, offering muck away and transport services to the construction industry. 40 years later, his fleet is now 290 vehicles strong and the business has diversified to encompass quarrying, waste processing & recycling, contracting, plant hire and of course transport. Mick George Ltd is a major business in the Midlands and East Anglia, with 24 operational sites throughout the region. 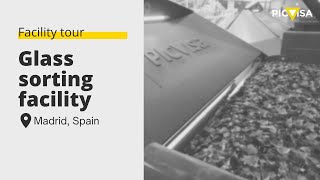