Since the beginning of civilizations, humans have tried to store and intensify the energy. Methods used, were as simple as drying, bundling, and bailing to compact loose combustible material for fuel making purposes.

Modern briquetting is still simple, but the process is only made simple because of the huge amount of know-how that the briquetting press manufacturers have put into the complex technologies behind briquetting. Today most briquettes are made on technologically advanced and highly automated mechanical, hydraulic or screw extruder briquetting lines. Seen in a historical context briquetting on a commercial level, is a relatively new phenomenon with the first industrial plants dating back to the second part of the 19th century.

A biomass briquette is typically made from biomass byproducts such as sawdust, wood waste, or agricultural leftovers. The machines compress the biomass to make a reconstituted log that can replace firewood or coal. This product emerged in developed countries, but a refined version of the product was developed in the industrialized world. The use of briquettes, mainly in industry, was revitalized during the period of high energy prices in the ’70s and early ’80s, especially in Scandinavia, the USA and Canada. From the 1980´ies till now, briquettes have slowly been gaining more popularity among homeowners and today, most of the world is familiar with briquettes.

Within recent years as focus on renewable energy has grown, the applications for briquettes have grown concurrently. The consumers require green energy that is economically competitive and convenient at the same time and on both aspects, briquettes prevail over traditional domestic fuel sources. Therefore, today briquetting is obtaining renewed attention and is becoming a real alternative to conventional firewood and coal. Briquettes simply burn hotter and cleaner, are cheaper to buy, and much easier to store and handle. Briquettes deliver around 50% more heat for each pound spent than logs. Apart from being clean and dry, another environmental benefit is, that briquettes are often made from waste material that would have otherwise been sent to landfill. Consumers all over Europe have, over the years, slowly but consistently discovered these advantages and over the last two years, interest has been growing rapidly. Therefore, prices and demand are unusually high, and suppliers are struggling to keep up with the progressive market.

The market in the UK is no exception. During the last couple of years, there has been a misbalance between demand and supply of briquettes. The suppliers have simply not been able to meet the volume required and consequently, prices have increased. Briquette dealers all over the UK have imported briquettes from Eastern Europe and many companies are urging to find more local supply options with guarantees for stable delivery.

Another circumstance that helps to accelerate the trend of briquetting is the renewed focus on air pollution in big cities such as London. Experts say that burning of wet or unseasoned wood and smoky solid fuels is a big problem and in winter, wood-burning can contribute up to 10 percent of local emissions in London. To improve air quality, an important step is to make sure only the cleanest domestic fuels are available for sale. Wet wood results in darker smoke and harmful particles. Consequently, it has been politically discussed to ban wood that has a moisture content higher than 20 %. Also, stove manufacturers recommend users only burn wood with moisture content less than this, but logs sold in the UK generally have higher levels of moisture – 20% in well-seasoned wood, and up to 50% in other cases. With briquettes this problem doesn’t occur since most briquettes have moisture content as little as 10 % or less, meaning they burn better and cause fewer chimney and flu problems. Customers start buying the briquettes on the advice of their chimney sweep because they are much cleaner burning and you don’t get the tar problems associated with unseasoned firewood.

The most common briquettes in the UK and Europe, in general, are either mechanical, hydraulic or screw extruded briquettes. Each of the briquetting types has its advantages. C.F. Nielsen and RUF´s combined efforts ensure that they can now offer all these technologies.

Briquettes made on a Mechanical Press

Briquettes made on a mechanical press are the most popular briquette in the UK. It is typically cylindrical in shape but can also be square or have other shapes. The briquettes are dense and burn very well and almost look like firewood. The diameter can be from 60 mm up to 100 mm. Other advantages are a fairly high capacity, and low production costs, especially power consumption. The briquettes are used in fireplaces, pizzerias, barbeques or wherever you would use firewood.

Briquettes made on Screw Presses

Briquettes made on a screw press are high-quality briquettes with a very high density. The briquetting process is more delicate, and it requires very homogenous raw material with fine particles and moisture content between 6-8%. If these requirements are met the machine will produce state-of-the-art briquettes that will burn longer than most other alternatives. Therefore, these types of briquettes are very popular in the UK. The briquettes are normally produced in a size of 55×55 mm 65×65 mm with a length of 200 mm. Other sizes are optional. The briquettes from this machine can be carbonized and sold as charcoal at a high value. The briquettes are typically used as consumer briquettes as logs for fireplaces and wood-burning stoves. Also, they can be used for fuel for pizza ovens.

Briquettes made on the hydraulic press are also highly popular briquettes. They are very easy to ignite and burns well. It has a uniform rectangular size that makes them easy to store. The briquettes have a lower density slightly below 1,0, which gives a shorter burn. The briquettes are typically used as consumer briquettes for fireplaces and wood-burning stoves.

Briquettes in the future

There are no indications that the enthusiasm for briquettes will disappear in the future. On the opposite, the interest and market share increase every day. Growing environmental focus means that climate-conscious consumers require clean, green, and efficient fuel for their homes. This combined with growing awareness that briquettes can deliver more heat for money means that briquettes are impossible to ignore and the trend of briquetting is here to stay.

Find out more about C.F. Nielson Wood Briquetting
Click here for related articles and news
This article is published by
C.F. Nielsen A/S

C. F. Nielsen is the leading global brand in designing and producing mechanical briquetting solutions for biomass and waste.  With more than 65 years’ of experience in briquetting, we consider ourselves experts in the field. We supply briquetting solutions all over the world for production of industrial type briquettes for use in big boilers at ... 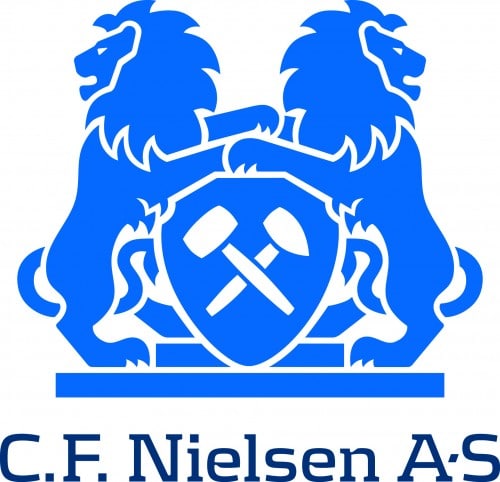