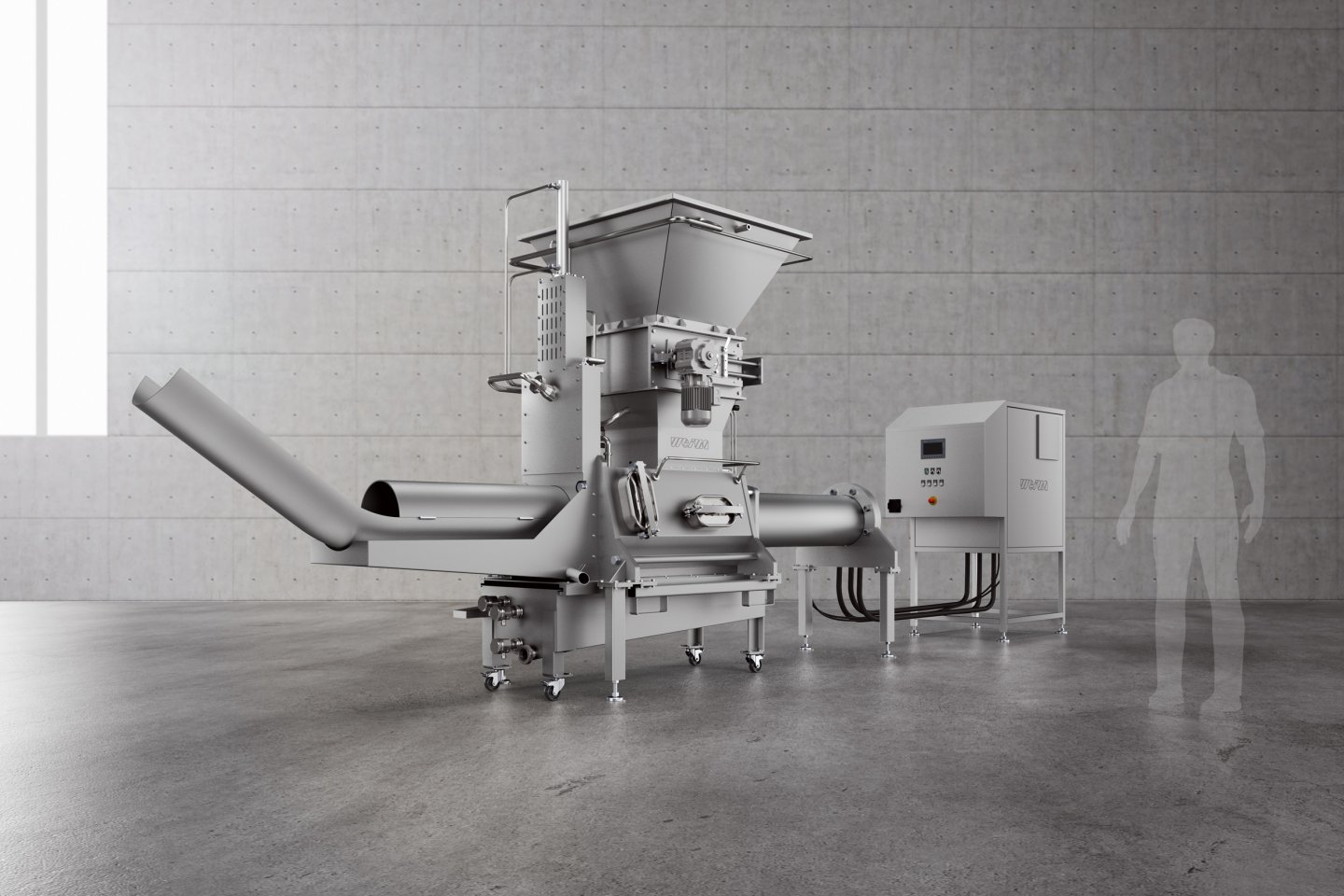 With a turnover of around 3.7 billion Swiss francs, the tradition-rich company Emmi is the largest dairy processor in Switzerland. Emmi has always been aware of the accompanying responsibility for employees, society and the environment – and acts accordingly in a sustainable manner.

One success story is the ReWork process at its Suhr location. Using a WEIMA PUEHLER G.300 ReWork draining press, overfilled or underfilled milk cartons are automatically opened and emptied in order to return the recovered milk to the production process. The result: an efficient resource cycle.

More than a third of all food produced worldwide is wasted. That’s reason enough for Emmi from now on to campaign even more strongly against food waste as an official Waste Warrior Brand. As part of this association initiated by Too Good To Go Schweiz, Emmi is fighting for greater awareness among consumers and against waste. The measures in its own companies prove that Emmi is leading by example.

Modern dairy processing equipment must be designed to be as efficient as possible for profitable operation. However, as with any type of manufacturing, defective goods may be produced. In the case of minimally processed basic products such as milk or cream, this mainly relates to things such as over-or
underfilled containers or leaky packaging.

This is where the so-called ReWork process comes into play. The focus is on preventing and using high-quality waste. To ensure this, the contents and packaging must be separated mechanically and be guaranteed to be free of contamination. This is the only way that the recovered milk can be refilled and the beverage cartons recycled.

Emmi has relied on PUEHLER technology for two decades

At the largest Emmi location in Switzerland, in Ostermundigen, they have been familiar with PUEHLER draining and compressing technology for over 20 years. Thanks to the successful collaboration, Emmi is relying on WEIMA as a partner for its new ReWork system with a PUEHLER press as a key component at another large location, namely in Suhr, where milk, cream, and butter are primarily produced.

Deputy Site Manager Hans-Peter Steuri explains: “We process around 190 million liters of milk and about 60 million liters of cream. Before using the PUEHLER press, we had to manually open every full piece of waste packaging. That was hardly productive. With WEIMA, we have finally found the right partner for our task.”

Steuri aptly described the stringent demands that the new PUEHLER ReWork press meets: “As a food manufacturer, hygiene is the be-all and end-all. WEIMA machines are user-friendly to maintain, have CIP cleaning and comply with strict hygienic design specifications. In addition to the high throughput, the WEIMA system requires significantly less space than those of other providers – a clear advantage for us.”

Actual figures reflect the productivity of the WEIMA PUEHLER G.300 ReWork: in the event of an accident, the machine empties and compresses more than 3,000 liters of liquid per hour (with 1-liter cartons). The press is used for a throughput of approx. 15,000 units per week. Generally, most waste (approx. 90 percent) is process-related and accrues when the filling operation is stopped or restarted. In normal operation, the press processes the waste from the last 24 hours within four hours.

Up to 20 different employees operate the ReWork system during the week. In order to further automate the processes, the machine loading takes place via a compact lifting and tilting device. Like the entire machine body and the discharge conveyor, it is made of stainless steel. The milk cartons collected in plastic boxes are then transported into the large hopper of the WEIMA PUEHLER G.300 ReWork. At regular stroke intervals, the milk cartons are then
pressed horizontally in the pressing channel by a pressing cylinder moving against a press plate lowered for the process. This drains the packaging and
simultaneously compresses it. A major advantage: the machine can be used flexibly. No conversion for different packaging sizes or types is necessary.

The milk first flows through a round-hole screen into the collection tray under the press channel before it is pumped out into large stainless-steel tanks. With the next press stroke, the emptied packages, now formed into manageable compressed disks with a diameter of 300 mm, are transported away via a discharge tube. The residual moisture of the milk cartons is minimal due to the compaction. The contents have been cleanly separated from the packaging. Both material flows can be flawlessly processed. In the case of the packaging, this means: 100 percent recycling at Emmi.

As soon as the production waste from the last shift has been processed, fully automatic cleaning, or CIP (Cleaning in Place), follows. Hans-Peter Steuri is very positive about maintenance: “The WEIMA PUEHLER G.300 ReWork is very accessible and clearly designed. This makes maintenance and cleaning easier for us. As a partner, we feel very well supported and are provided expert advice by WEIMA. Their adherence to deadlines is exemplary. We can really always rely on that.”

Emmi’s ReWork facility pays off in many ways. It is not only particularly economical and efficient but above all sustainable in dealing with resources.
WEIMA PUEHLER G.300 ReWork thus actively supports the Swiss dairy processor in its ambitious environmental goals – away from a linear economy and towards a recycling-based circular economy. According to Emmi, the volume of waste has already been reduced by ten percent compared to 2017.