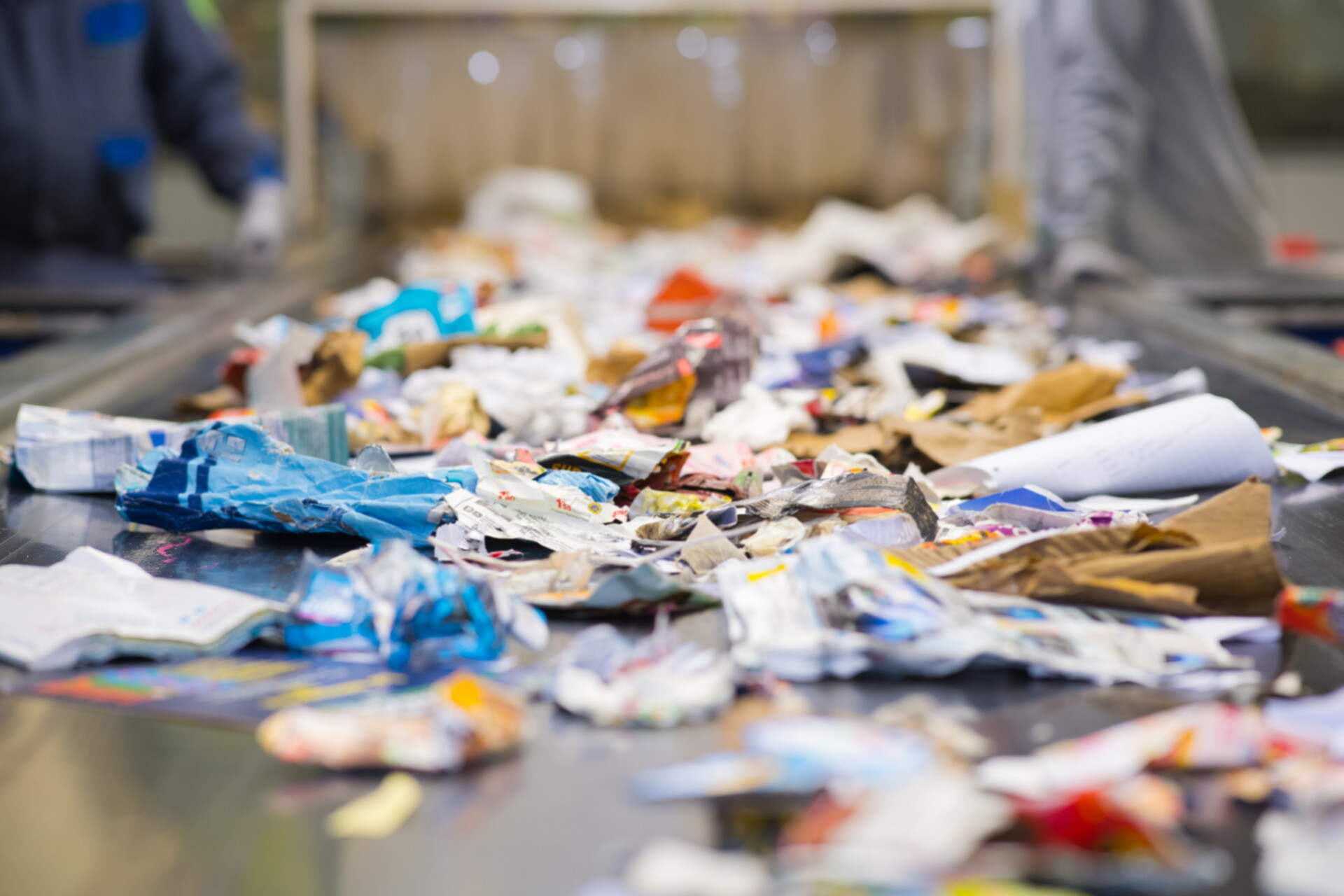 Traditionally, rubber conveyor belts have been the go-to choice for recycling plant managers because of their high mechanical strength and abrasion resistance. However, the motor power required to move wide, heavy rubber belts and the increased mechanical strain they put on the system can lead to rising costs, both in energy use and maintenance requirements. Here Marcin Grzeszek, Manager Industry Segment Recycling at conveyor belt manufacturer Habasit, shares some advice for selecting the best belt material for a recycling facility to help keep costs down and maximize efficiency.

Globally, recycling facilities are facing major challenges caused by soaring costs and energy consumption associated with running recycling lines, especially amid the global energy crisis. This has reached the point where recycling plant managers are starting to worry whether or not the recycling process is still beneficial for the environment as the costs and energy consumption may outweight the benefits. However, what many in the recycling industry do not realize is that many of their challenges can be overcome by ensuring that they are using the right belt material for the job.

The classic belt of choice

Traditionally, rubber belts were the go-to choice for use in recycling applications and are still widely used today. Rubber belts have several key benefits, such as high mechanical strength, cut resistance, and abrasion resistance. These are ideal for separating mixed waste, especially when materials like brick, concrete, glass, and steel are involved.

Furthermore, because of their weight, larger pulleys are required to drive rubber belts compared to similar sized belts made from lightweight materials. To add to the problem, the added tension on the pulleys increases the energy required to drive the belt and causes more wear and tear on the system, increasing ongoing maintenance costs. So, with all the challenges associated with the recycling industry’s traditional belt material of choice, what are the alternatives?

Lightweight materials, such as Polyvinyl Chloride (PVC), are increasing in popularity for applications like eddy current separators or general conveyors. PVC belts are much lighter than rubber belts and use less energy in operation. The lower energy required to operate the system and lighter conveyor build reduces ongoing operational costs and reduces the plant’s carbon footprint, something that is becoming a growing priority.

While not as durable as rubber belts, PVC belts are ideal for transporting materials like plastic and paper where there is less mechanical strain put on the belt than when transporting heavier materials like brick and concrete. However, PVC does not work well if exposed to sunlight and very low temperatures, below -10oC.

Another alternative to rubber and PVC belts is Thermoplastic Polyurethane (TPU). Generally, TPU belts have the highest upfront costs out of the three materials, but a lower total cost of ownership.

TPU belts are extremely lightweight, roughly half the weight of similarly sized rubber belts, facilitating faster, wider recycling lines. This results in TPU belts having lower ongoing energy and maintenance costs compared to rubber belts while having an increased throughput. Furthermore, TPU belts are extremely durable and have high abrasion and cut resistance, meaning they are well suited to work with most materials.

However, TPU belts are not without their downsides. TPU is not as resistant to extremely hot water as PVC, meaning they are not well suited for applications involving a hot wash, such as the trommel separation of PET plastics where they are used to remove excess debris or labeling.

Every type of belt material comes with its own list of pros and cons, so it is easy to see why recycling plant managers might get confused. However, by consulting with a knowledgeable conveyor partner, such as Habasit, they can rest assured that they are using the best belt material for the job.