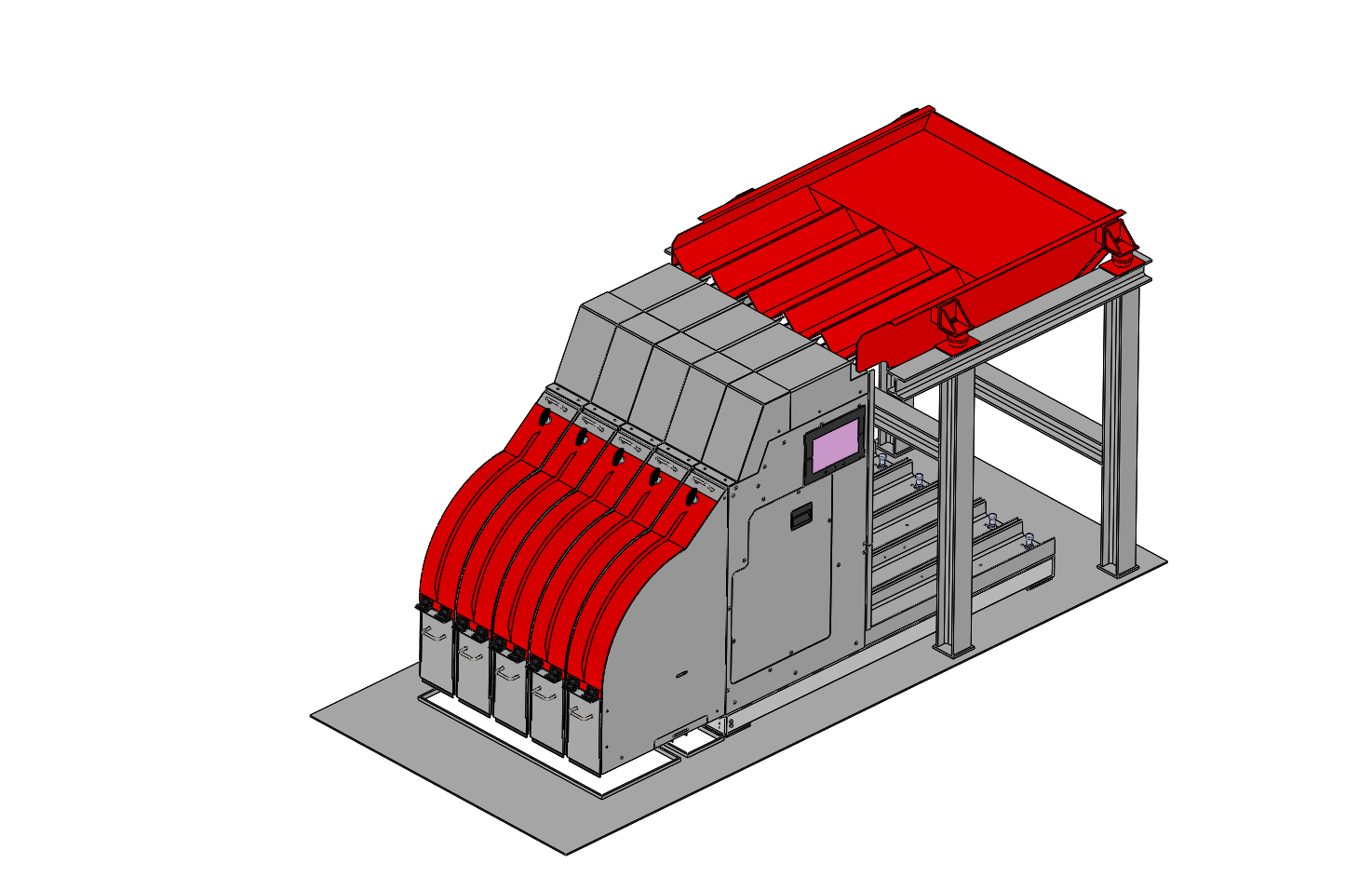 Sometimes you hear customers talking about how your competition speaks about you and the machines you build. Especially of course if your machine is different from theirs and they do not offer those machine designs.

Recently, I had such a situation once again with a customer located more or less in our home town Igualada, near Barcelona in Spain. We were talking about their sorting plant and their ideas of realizing more sorting steps. They were thinking of implementing X-Ray based sorters as well.

Our latest machine design based on XRF technology is different from what you see in the market now. Leading supplier companies prefer to offer belt machines for these applications. This means, that the material is presented to the detection area with the help of a fast-moving conveyor belt.

Let me shortly go back in time to reflect on the developments of sorting in the past. It was in the nineties of the last century when we started to design and build sensor-based sorting machines, and at that time I was working for the company Mogensen in Hamburg, Germany. We started to design glass sorting machines based on line scan color camera technologies. Back then, this was a true novelty, and just the way we built these machines we also built all the other machines in the following years for metal sorting, mineral sorting, plastic sorting, etc, using a slide to present the material to the detection area, where the material is detected in free fall. The slide was transporting the material pieces entering from the vibrating feeder in a chaotic way. This means the particles were spread in a monolayer everywhere on the slide without any structure or order. Six years later -at that time in my position as CEO of SSE GmbH (CommoDas group), we developed a new series of sensor-based belt sorting machines for the Metal Recycling market.

We presented the first sensor-based belt sorting machines in the worldwide Metal Recycling Market. We designed three machines: the MetalSense, SpectraSense and CombiSense. It took us some years to convince the market that it makes sense to do further sorting steps post Magnets and Eddy Current machines; which were used only in those days. The recovery and sorting of metals from their Zurik and Zorba started then.

Back to present in 2021. Coming back to our latest sorting machine design, we present the material again with a slide instead of a belt. But not in a chaotic way as we did before. We present the material pieces one by one in a row down the slide to the detection area. It is exactly this form of transporting the material that was part of the conversation this client of ours had with our competition. They told him that this way of presenting the material into the machine wouldn’t make so much sense and it would never reach high throughputs that would be sufficient for any customer.

Coming back to the slide machine we have designed. The so-called XRF-CS, CS stands for Channel Sorter, brings the material pieces one by one in a row down the slide to the X-Ray sensor. Each channel has one sensor and an X-ray source followed by a blowing unit with several high-speed solenoid valves. The material speed is 2,0-2,5 m/s at the end of the slide.

Now we will compare the capacity of the chaotic belt sorter principal versus the linear principle of the channel sorter.

The chaotic principle achieves a maximum belt occupancy of 30-40% at a belt speed of 3,0 m/s. From our experiences and tests in the past, we know that the occupancy on the slide is much higher, between 70-90% with a speed of 2,0 m/s. We will take a midsize fraction of 20-100mm Zorba. For our calculation, we assume an average dimension of 50×50 mm of the particles.

In figures, this means in case or…

…the belt sorter with a working width of 1000mm within 1 second time:

…the channel sorter for 1 channel within 1 second time:

The calculation shows us that a one-meter-wide belt sorter has a fifteen times higher potential than one channel of the slide sorter. Now compare the size and technology of both machine designs; you will discover that the space difference, say footprint of the machines, to reach the same throughput, is almost equal. The channel sorter needs approx. fifteen channels to process the same material. Each channel measures 220mm in width, totaling 3300mm and the belt sorter needs about 1500mm space in width. The belt machine needs approx. 6 meters in length, whereas the channel sorter requires 2 meters in length.

When the belt machine is using a 24mm (1”) sensor grid for a minimum sensor grid, at least 42 sensors are installed and 7-8 X-ray sources are installed. The investment costs, the running cost, and maintenance costs are of the utmost importance here. Compared with the channel sorter design you would need 15 channels to achieve the same throughput with one sensor per channel and one X-ray source per channel. The same applies to the air valves. Both machines use a similar quantity of valves.

Chaotic vs. Linear – What is the better solution?

Sorting technologies have developed considerably in the last 15 years. Today, they are accepted as standard equipment for the processing of primary and secondary bulk materials. In many cases, this has also led to the development of highly technological and complicated machinery. And in many cases, new sorting devices are added to the traditional sorting ... 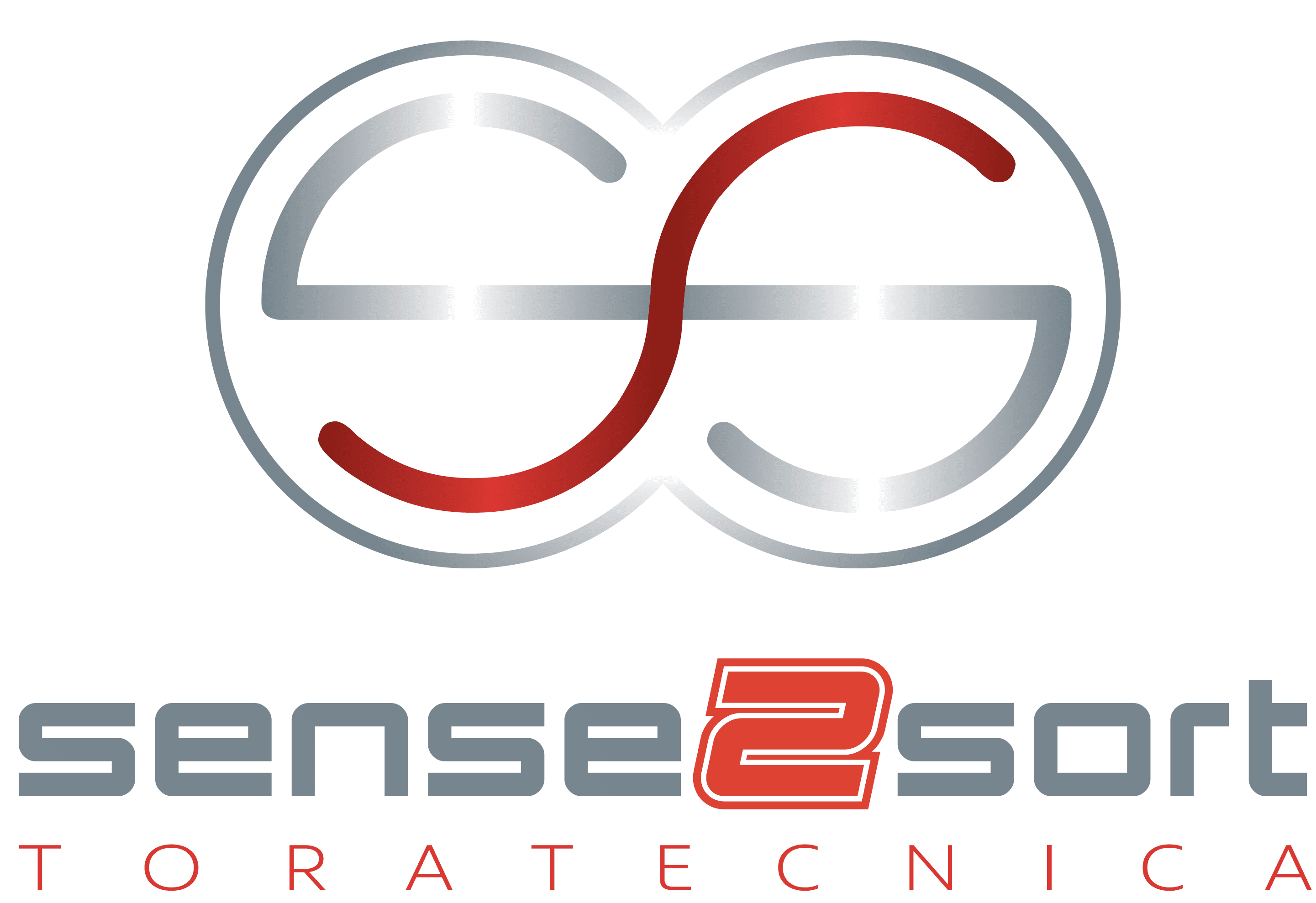 Knowledge is power! LIBS based sorters are the new standard!

Multiple Sensors vs. Single Sensor or the Multi-Sorter?

Which Technology Is Better For My Aluminum Sorting?

RecyclingInside is the leading global business resource and website for recycling technology and recycling innovations.