In almost every company, cardboard, packaging, foils and other materials have to be disposed of. Until they are, expensive space in the warehouse is taken up by all the waste. This used to be the case at SCHNEIDER Elektronik GmbH, but they can now benefit from the enormous amount of time and space they save, thanks to two vertical baling presses from HSM.

SCHNEIDER Elektronik GmbH has been in the market for over 60 years. This medium-sized company has been developing products for clean, safe air in the laboratory ventilation technology sector for over 25 years. The company, which started out as a family firm, has now grown into a company with 80 employees and is a member of the SCHAKO Group.

The Lack of Space Challenge

The permanent interim storage of cardboard and paper causes an acute lack of space, particularly in the production area. Since paper containers took up a lot of space in the inner courtyard and were very quickly full, this area was also bursting at the seams. The company needed a solution that considerably reduced the volume of waste. HSM was already well placed in the selection process due to a personal recommendation, and so the manufacturer of high-quality baling presses was successful. Following the first inquiry in February 2020 and after a slight delay due to internal building works, everything was ready. The HSM V-Press 818 plus pro has been compressing the paper rubbish into space-saving bales since September of that year. SCHNEIDER Elektronik also profits from this big advantage regarding their plastic waste, thanks to the used V-Press which they purchased and which they started to operate at the same time. Both presses are as compact as they are easy to operate.

The HSM V-Press 818 plus pro is now compressing paper, cardboard, boxes, and brochures to a minimum volume, whilst the plastics press is compressing packaging, empty foils, and plastic bags into compact bales. Each year about 24 pallets of paper bales will probably be generated and collected separately. A plastic bale is generated approximately every six weeks, which means about nine bales per year. These are, however, not cleanly sorted plastics, so SCHNEIDER Elektronik disposes of them via commercial waste disposal. The initial material came from goods deliveries, the administration, and from their own production. It is fed continuously into the baling presses. The time needed to tie off and eject a bale is about a mere 15 minutes.

Reduce the volume of waste efficiently

SCHNEIDER Elektronik GmbH can now reduce the volume of their waste cardboard, paper, foils, and packaging in an efficient process. To load the press, the upper door is simply swung out to the right, or pushed down. Thanks to the counter threads, the handwheel door locking mechanism ensures that the doors open and close quickly. The pressing process then starts automatically. The staff can operate the presses easily via the membrane keypad with a graphics-capable text display. To reduce the number of loadings required, special retaining claws optimize the compression of the material.

The procurement and commissioning of the new baling press went without a hitch. SCHNEIDER GmbH is completely satisfied with both HSM baling presses, as the Head of Production Roland Kalisch said “Since the bales take up significantly less space than before, we have made a massive reduction in our volume of waste. Our waste containers need emptying far less frequently, the cleanly sorted paper waste can be picked up separately and returned to the recycling process in much higher quality”.

Since the presses are so easy to operate, the staff does not consider having to use them as an additional workload. Additionally, they had expected an unpleasant small when compressing the plastic material, but there was none – because the plastic is always clean at SCHNEIDER Elektronik GmbH. All in all a very successful result, as Roland Kalisch sums it up: ”It’s not just about the money we save by pressing the material, it’s also about following the company philosophy which puts a high value on sustainability”.

Enormous savings in time and space

SCHNEIDER Elektronik really profits from the reduced volume of its waste. The company saves valuable space and also a lot of time due to the simplified disposal process. What’s more, this medium-sized firm generates a secondary raw material with the cleanly sorted paper bales, which can then be returned to the recycling loop. SCHNEIDER Elektronik GmbH was not only pleased about the successful introduction of the vertical baling presses but also appreciated having a dedicated HSM staff member always available if they had any questions. And if any complications had arisen, they knew that the HSM service team would be helping them straightaway.

“With the two baling presses from HSM, we’ve been able to make a massive reduction in our volume of waste. The compressed bales require significantly less space than the unpressed waste. This means that our waste containers are emptied less frequently. Since the paper waste is cleanly sorted, this is collected separately and can be re-introduced to the recycling process. It’s not just about the money we save by pressing the material, it’s also about following the company philosophy which puts a high value on sustainability.”

More about HSM
Related articles and news
This article is published by
HSM GmbH + Co. KG

It Pays to Have Less Volume 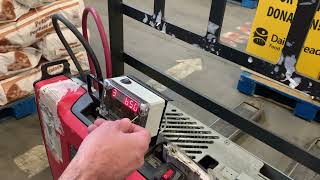