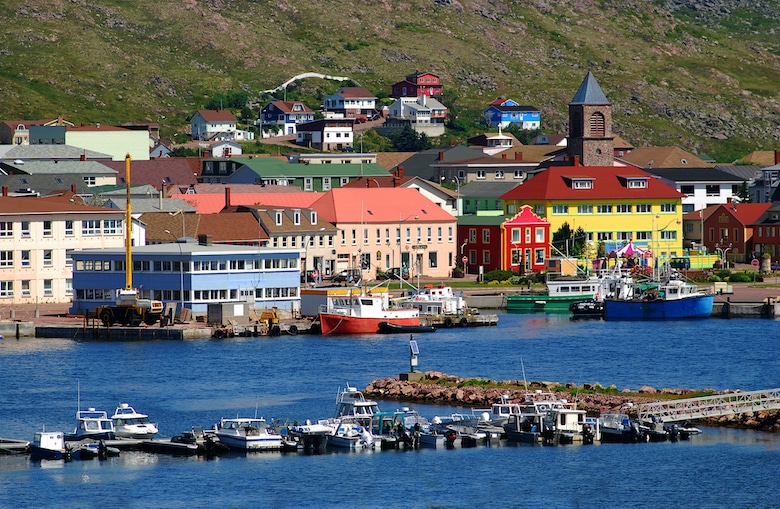 The island chain is situated to the South West of Newfoundland with a population of just over 6,000. The main industry on the islands is fishing, the chain is located on the confluence of the Labrador Current and the Gulf Stream resulting in rich fishing grounds but also 100 days of fog per year and haze during the spring and early summer.

St. Pierre and Miquelon rely heavily on imports with almost 70% of supplies arriving from Canada or France via Nova Scotia. With exports and disposal being expensive there is a need to recycle and re-use as much of the waste arisings as possible on the island.

Traditionally, glass causes export problems due to the density and the associated cost by weight.

The objective was to source a solution for the waste produced on the island and this research led to the discovery of Krysteline who had experience with glass recycling within isolated island communities. After discussions to understand the issues the islands were facing an Imploder with associated screener was purchased and installed with a view to re-using the processed glass within the island chain.

The installation of the Imploder was a great success not only providing work for the locals but by offering a sharp free glass aggregate that could be used on the island. The integrated screener separates the processed glass into two sizes of glass and liberates the typically associated waste such as caps, corks, and labels. As import costs to the island are high the challenge also included the reduction of imported aggregates. The Krysteline system offered a twofold solution; by reducing the waste glass produced on the island into a useful product and by reducing the costly imports and disposal costs.

Once the Krysteline system was producing material the locals discovered multiple applications for the material, the main use being for drainage and pipe bedding for new infrastructure projects. The sharp free glass cullet is also being used in other construction applications following the success of projects in Europe by becoming an essential part of the recycled materials in road base projects.

Overall the objective of the project has been well received with the main goal of the project to reduce waste exports from the island having being met.

The low capital cost and low power consumption of the Krysteline machinery range offers a sustainable and money-saving solution to the isolated island community of St. Pierre and Miquelon.

St. Pierre and Miquelon are one of many island communities to have benefitted from Krysteline’s recycling solution; others include Bere Island, the British Virgin Islands, Guernsey, the Falkland Islands, Iceland, Isle of Aran, Isle of Coll, the Isles of Scilly, Lundy Island, Malta, and the Netherlands Antilles. These islands are growing into self-sustainable, green environments.

Krysteline is a provider of innovative solutions to the materials processing industry. Principally using its Implosion systems; developed for efficient and cost effective size reduction of glass, ceramics, minerals, ores and furnace slags. The Patented Imploder transfers energy into the target feed stock whilst exerting a limited effect on associated ...

The Realities of Glass Recycling