MENEN - A new Valvan C75S1500LH baling press was successfully installed in record time at a Polish production site of a renowned cardboard manufacturer. The old baler they were running was getting worn out and did not longer fit the needs of the customer concerning bale weight, capacity and reliability.

The choice for a new Valvan Baler was made by the customer after extensive comparison among the machines of different European baling press suppliers.

The new C75S1500LH baling press with 75 Ton pressing force installed at this Polish customer is now producing much heavier bales and can handle more than double the capacity than the previous baler could. This will help to increase efficiency of the waste handling of this plant and lower operating costs for transport and handling of the bales.

As the new baling press has more than enough capacity to handle current amounts of trim waste coming from the production lines and corrugators, this also allows the customer to be ready for future expansion of the production plant.

Baling of cardboard can be done perfectly if done with a well-designed and robust cutting system in combination with other features that can be found on the Valvan baling presses.
And contrary to what is being told in the market, it does not require more energy or a higher maintenance cost.

A unique Valvan Designed, automatic hydraulic device, the TORSOMAT H4 puts 4 wires around the bale in a very reliable manner.

Because the tying system is completely hydraulically controlled there is low maintenance compared to systems which use motors and chains to move the wire needles and tying system.

No long rests of wire on the knots which means a significant saving on strapping material and safer handling of the finished bales during storage and loading.

This article is published by Valvan Baling Systems NV

Valvan Baling Systems nv is a typical example of a company that has transformed itself from its roots in the old, traditional industry into a company that competes on a worldwide level, thanks to constant innovation and by responding to new market needs. 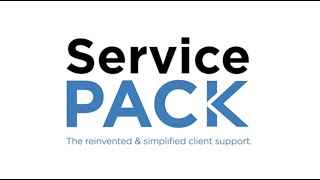