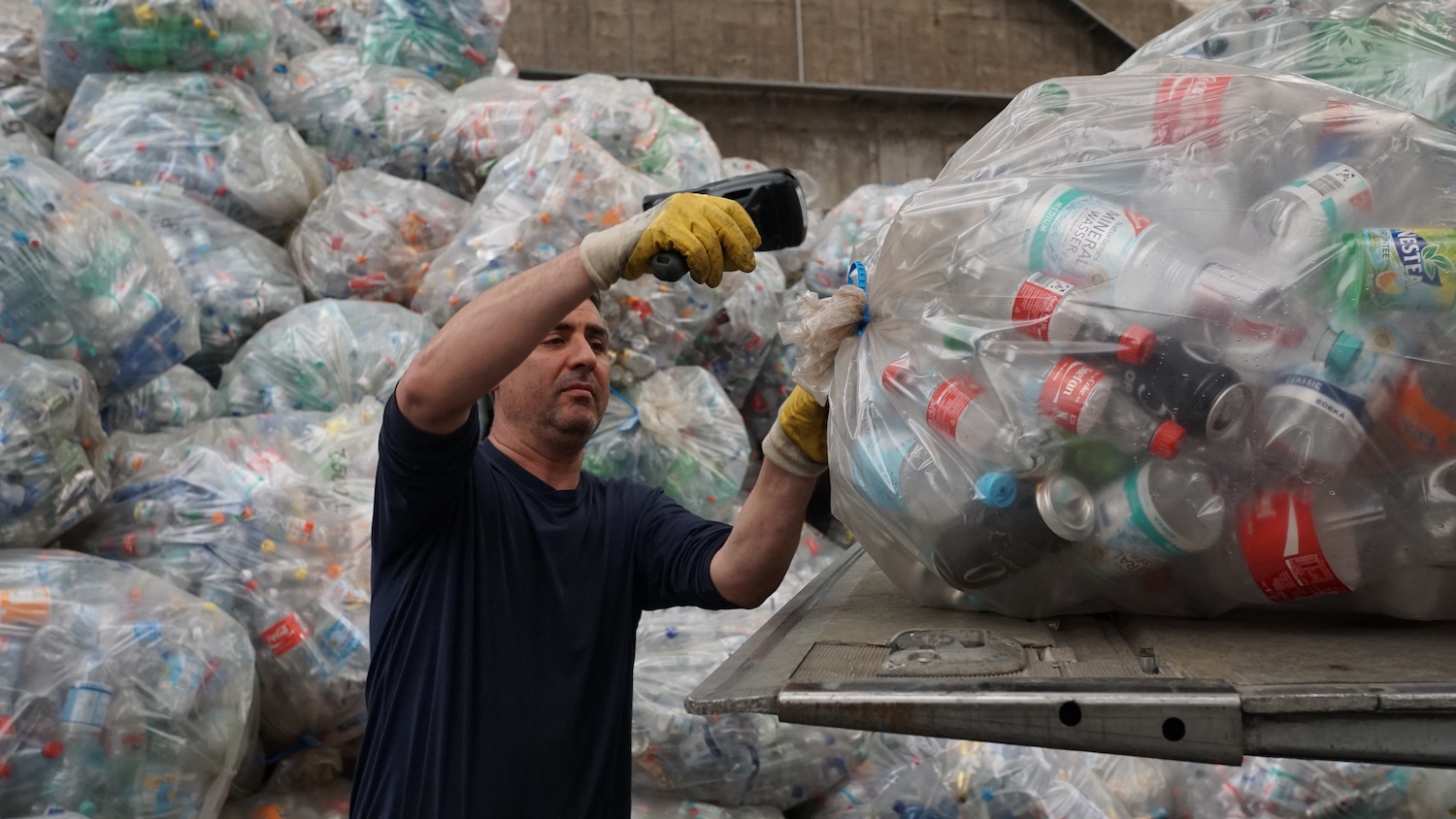 No one at Repasack in Oberhausen is prepared to part with their HSM BRP 4810 briquetting press: the machine presses twice as fast as its predecessor, compresses the material to a thirtieth of its initial volume and so far it has not had any operational faults.

At the large counting center for disposable packaging made from PET, aluminum, and tin there was a positive summary regarding the first new HSM briquetting press. Despite some difficulties that had had to be overcome along the way.

Employees often like to choose their own way of doing things – and in this case, it’s for the better: after the HSM BRP 4810 had been set up for testing in the counting center in Oberhausen, the employees would only have used the new machine, although the old one could have been used in parallel, reported Uwe Lauf, the operations manager in the Repasack counting center in Oberhausen. The reasons for the employees’ quick switch were obvious. The HSM press works twice as fast as its predecessor and it compresses with much more power. “This machine works very well and very reliably”, concludes the operations manager after nine months, taking stock of the performance of the HSM press for PET bottles and cans for the first time. The machine in Oberhausen also gave the employees a few surprises: the very first roll-off container, filled with briquettes from the new HSM machine, was too heavy. No wonder, as the briquettes from the new press were twice as heavy as the old ones.

The successful outcome of the machine’s premiere in Oberhausen was by no means guaranteed: when the briquetting press was set up in the counting center in the Ruhr, this was the first time this type of machine had been used for the difficult task of pressing disposable packaging. HSM has a long history of manufacturing channel baling presses for the recycling industry, but for the disposal and compression of PET and tin needed by Repasack, baling is out of the question. So HSM developed the first briquetting press for heavy-duty work in a counting-house in close cooperation with the recycling experts from Repasack in Oberhausen. The advantage of briquettes: they are small and heavy and therefore fill transporters to their optimum load capacity. And they do not need strapping materials such as a wire.

The demand for a press for the drinks industry is therefore extremely high: PET is a very abrasive substance, which can wear machines down badly. Thicker, premium quality types of sheet metal and steel are therefore a must-have – which is why the developers were delighted that HSM installs particularly wear-resistant steels as standard. PET can, moreover, be rather stubborn: an additional guide plate must be installed because PET bottles manage to force themselves again and again between the plates and then pop up in places where they don’t belong. This must not happen, because pressing bottles and cans properly is practically a legal obligation for the machine since disposable packaging is only regarded as disposed of when it has been properly destroyed. A quality criterion, for which the counting center must be certified once a year by the German Deposit Association.

The counting center in Oberhausen is one of ten centers in Germany and is one of the largest of its. Repasack in Oberhausen has been counting packaging with deposits since 2006. Four presses stand in the hall; one of them was showing clear signs of aging. The manufacturer ruled out of the possibility of repair and recommended buying a new model. No one at Repasack thought that it was an ideal situation that all four presses came from the same manufacturer. During the search for alternatives, the recycling experts struck gold at HSM. The HSM BRP 4810, according to Lauf, gave a “completely different impression” at first sight and seemed “considerably more robust”.

And then the testing started: the recycling experts went to the HSM Site at Lake Constance with 300 sacks of recycling material and tested the HSM machine. While whole bottles would crop up in briquettes made by machines from other manufacturers, HSM’s first test run went well, reported Uwe Lauf. But he agreed with HSM that the machine would have to be modified for the new press material. During a six-month on-site trial at Oberhausen, the operators and the manufacturers optimized the press together. As a result of this, thicker plates were inserted, the gap dimensions were reduced and the software was enhanced. The operators and the manufacturers gave feedback throughout, HSM tailored the machine to their requirements for PET briquetting. Uwe Lauf: “It was a real win-win situation.” His colleagues in the hall were “enthusiastic” about the machine. Not only because it was new, but also because its output had impressed them right from the start. And counting centers need good output: in Oberhausen they promise their customers to count and destroy bottles and cans quickly.

A further advantage of the HSM machine for the officials at Repasack is its ease of maintenance. The third stage of compression, the main stage of pressing, and therefore the part during which the most wear and tear occurs, is now completely replaceable. This third stage, according to Uwe Lauf, also distinguishes the HSM machine from the products of other manufacturers, which operate in two stages. The results of HSM’s extra power: the machine spits out PET briquettes with a density of up to 400 kg/m³ and tin can briquettes of up to 760 kg/m³.

The summary from Oberhausen: after six months of operations Uwe Lauf said that the investment had already paid off. There has been no record of wear and tear yet and no breakdown of the press. There was one case of a broken pressure switch and a cable was faulty, and then it became clear that the manufacturer’s after-sales-service at Lake Constance was also very good: “If you call them at midday, someone is here the next day at the latest” says the operations manager. He is pleased that, in the future, HSM technicians will have no need to come to Oberhausen, since he wants to make use of remote maintenance. Then he and his co-workers could even attach a webcam to the machine and show the manufacturer the problem. That is if there are any.

Find out more
Click here for related articles and news
This article is published by
HSM GmbH + Co. KG